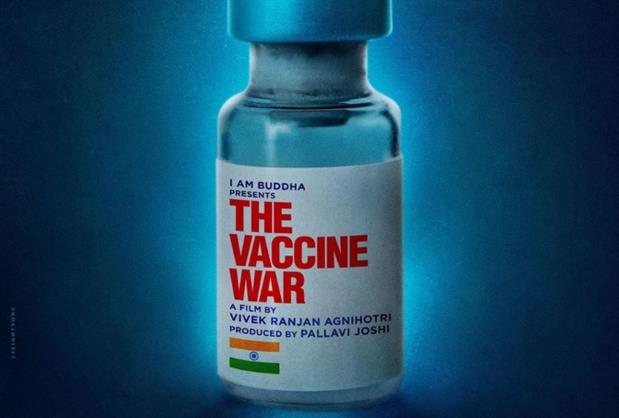 Recently Vivek Ranjan Agnihotri grabbed the attention of the masses with a hint of his upcoming film to which the netizens have flooded the comments section while leaving the wild guess about the title of the film. Now while putting an end to all the wait of the fans, the filmmaker is finally here with the title of his upcoming, 'The Vaccine War'. The realistic filmmaker has apparently booked 15th August 2023 for the film’s global release. Vivek believes in making films for the audiences who are at the roots of our country and also for the world to notice what our country has really achieved. So, the film will be released in 10 plus languages including Hindi, English, Telugu, Tamil, Malayalam, Kannada, Bhojpuri, Punjabi, Gujrati, Marathi, and Bengali
After a whole lot of guessing games, Vivek Ranjan Agnihotri has finally announced the title of his upcoming film 'The Vaccine War'. While he also dropped the poster of the film with the title, it says a lot about the theme that the film is based on which signifies that it will open certain chapters about Indian Bio-scientists and indigenous vaccine. The poster also brings along the release date of the film which is scheduled on Independence Day, 15th August 2023 while the film is all set to go on the floors soon this month.
Moreover, while speaking about the same, Vivek Ranjan Agnihotri said “When The Kashmir Files was postponed during COVID lockdown, I started researching on it. Then we started researching with the scientists of ICMR & NIV who made our own vaccine possible. Their story of struggle and sacrifice was overwhelming and while researching we understood how these scientists fought a war waged against India not just by foreign agencies but even our own people. Yet, we won against superpowers by making fastest, cheapest and safest vaccine. I thought this story must be told so that every Indian can feel proud of their country.” Moreover, he added further, "This will be India’s first pure science film about a bio-war we had no idea about."
Producer from I Am Buddha, Pallavi Joshi shares: “This film celebrates the triumph of our excellent bio scientists. The vaccine war is our tribute to their sacrifice, dedication, and hard work.”

Presenting ‘THE VACCINE WAR’ - an incredible true story of a war that you didn’t know India fought. And won with its science, courage & great Indian values.

This has certainly come as a big and most awaited news for the fans who have been eagerly waiting to witness yet another cinematic wonder from Vivek Ranjan Agnihotri after 'The Kashmir Files'.
Moreover, with this announcement, the filmmaker has made us all wonder about how he will address this crucial and very important topic to the nation. The film will be produced by Pallavi Joshi of I Am Buddha. The makers have not announced the cast yet. It will be interesting to see who will be a perfect fit to justify the war of the vaccine and bring the efforts made by our scientists, to the big screen!
Tags : Vivek Ranjan Agnihot The Vaccine War