It's a wrap for Harman Baweja's next, starring Jackie Shroff and Sikandar Kher 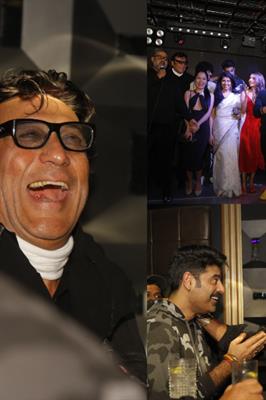 Baweja Studios announced the finishing off yet another project by sharing a video of their star cast Jackie Shroff, Sikander Kher, Madhur Mittal, Mita Vashisht, and Bhoomika Meena, enjoying the wrap party on social media.
While nothing much has been out yet about the project, the exciting wrap video has indeed caught our all attention! The video featured happy pictures of the entire cast and crew from the party. The caption read, "Wrapping up like a Boss 😎" Speaking about the project, Harman Baweja said, "Working with a veteran actor like Jackie Shroff and new-age star Sikandar Kher was an enriching process.
We all had a great time shooting for it. It is based on an exciting concept and has the power to travel across the nation. I am sure the audience will enjoy it to the fullest."
Directed by ace Marathi director Ravi Jadhav, the untitled project is produced by Harman Baweja and Vicky Bahri. Meanwhile, the creator-producer recently announced the release date of his ambitious Punjabi film Honeymoon starring Gippy Grewal and Jasmin Bhasin, 25th October 2022.
He is also working on Captain India with Hansal Mehta, starring Kartik Aaryan and The Great Indian Kitchen remake with Sanya Malhotra.