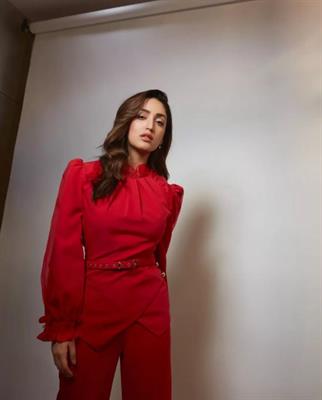 LOST, an emotional investigative drama, will feature the underbelly of Kolkata. Aniruddha Roy Chowdhury's film locations play a pivotal role in the narrative. To capture the essence of West Bengal, the three-time National Award-Winning director shot most of his next in the lively streets of the city.
While cinematically, the hustle-bustle of Kolkata would look splendid on screen, we hear shooting the same for not so easy task! A source revealed, "Fans would flock to the set locations to catch a glimpse of Yami Gautam. The lead actress boasts a massive fandom, and it would become a challenge to control the crowd. But it was Yami Gautam who would talk to them or click a picture with them to make her fans at ease and not disrupt the shooting. She made the entire process go smoothly!"
Isn't that really sweet?!
Yami Gautam will play the author-backed role in LOST. The film that comments on media integrity also stars Pankaj Kapoor, Rahul Khanna, Neil Bhoopalam, Pia Bajpiee, and Tushar Pandey.
The screenplay is written by Shyamal Sengupta, dialogues by Ritesh Shah, and story by Aniruddha Roy Chowdhury and Shyamal Sengupta. LOST is produced by Zee Studios, Shareen Mantri Kedia, Kishor Arora, Sam Fernandes, and Indrani Mukherjee.