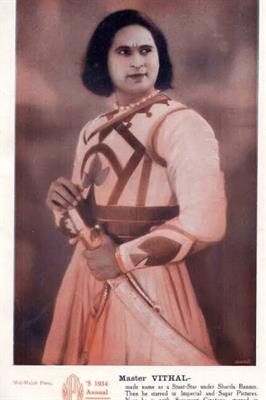 According to reports Prabhas acting fees is 150 crores, Rajinikanth is said to charge 125 crores and Akshay Kumar fees is said to be around 115 crores.

But here is a story going back ninety three years – 1929 when the fees/remuneration of a popular actor was decided in court by an auction.

Yes here is the story of that ‘auction’ star of the silent era nicknamed Douglas Fairbanks of India.

We are talking about Master Vithal aka Vithal the popular stunt star of Indian and Marathi cinema who began his career in Marathi films in 1924 and worked as a film technician and dancer. Vithal was cast as the male lead in Ratan Manjari (1926) followed by swaggering roles in many silent stunt films and became a very popular actor, very much in demand. 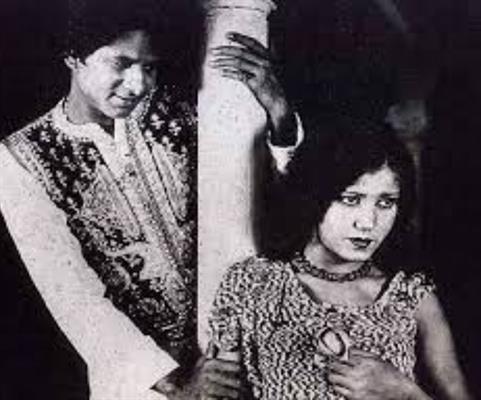 Such was his popularity that many producers/movie production houses wanted to cast Vithal and offered exuberant prices.

Vithal was unable to make any decision. The producers and the production houses then decided that whichever production house/producer pays Vithal maximum will sign the actor.

So what’s new, you will ask, Obviously Vithal can choose who is paying him the best and decide.

But, here is the catch - those times actors were not paid per movie, they were paid per month.

Yes, the production house used to pay per month salaries to their actors.

Now it gets more interesting. How much salary should be decided for Vithal?  Now, the producers were unable to decide.

So, a decision to take the legal route was decided and the producers/production companies went to Court.

Popular barrister and creator of Pakistan Mohammad Ali Jinanh was the advocate for Vithal.

An auction was held in Court where the great Ardeshir Irani - the man behind India’s first sound film Alam Ara (1931) won the bid.

The acting fee/remuneration/salary of Vithal was approved by Court at Rs 1250/- rupees per month (rupees one thousand two hundred and fifty only) per month.

Vithal later was best remembered for as the hero of India's first talkie Alam Ara (1931), The Douglas Fairbanks of India acted in more than 90 films during his career of 42 years from 1924 to 1966.

(Please Note : The information provided in the above write up is taken from late veteran journalist Ramesh Sinha’s collection  - A Se Amitabh, Kha – Se Khayam with due permission.)