Why Kishore Kumar did not sing for Rajesh Khanna in Anand 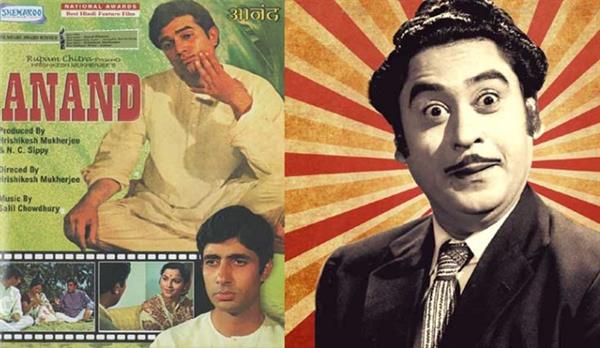 Why Kishore Kumar did not sing for Rajesh Khanna in Anand

The gems written by Yogesh - Kahin Door Jab and Zindagi Kaisi Hai Paheli have got the eternity status by Mukesh and Manna Dey respectively. Gulzar penned Maine Tere Liye by Mukesh too falls in the same category.

However, if Kishore could have sung any of these songs the magic might be different. Am not undermining the brilliance and class of Mukesh and Mannay Dey it’s just a thought.

May be Hrishikesh Mukherjee may have felt that Kishore’s tone didn,t suit the song and the atmosphere of the movie Anand.

Or it may be this was a sweet revenge by Hrishikesh Mukherjee to score point with Kishore Kumar for not doing Anand.

Yes, many are aware but those who are not aware this is an interesting trivia, I would like to share.

And take a deep breath, Mehmood as Dr. Bhaskar Banerjee a.k.a. Babu Moshai!!!. What a turnaround it could have been for the comedy king Mehmood.

But destiny had something else to say.

One day Kishore had a tiff with a Bengali event manager and he firmly instructed his security guard not to allow a certain ‘Bengali’ to enter the house.

The poor guard mistook Hrishikesh Mukherjee as the ‘Bengali’ and asked him to leave.

Kishore wanted full remuneration and he was paid half.

The matter went into court and the ruling came in favor of Hrishikesh Mukherjee. The court asked Kishore to shoot for Anand.

But Kishore is Kishore.

Kishore appeared on sets sporting a half beard and half moustache. When Hrishikesh Mukherjee asked the reason behind this weird get up, Kishore said, “ Aadhe paise mein aadha Kishore hi milega”.

The rest is history