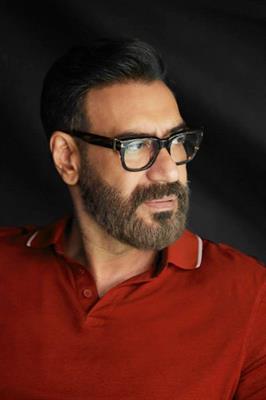 Congratulations from the bottom of my heart and ‘Jigar’ for completing 30 years and ruling it by turning each and every Kaante into Phool since 1991.

I remember watching Phool Aur Kaante at Kasturba in Malad (W) as a 19 year old collegian who is awed by Amitabh Bachchan and the mass entertainers like you. You made that world famous split entry balancing between two motorcycles and the audience all over are still in awe of you and will remain.

Then came Jigar and for an action buff forever alive in me and most of the mainstream lovers in spite of their great access to Hollywood and martial arts by Bruce Lee and Jackie Chan, you had that charisma on screen as an action star that clicked instantly.

So rightly mentioned in Once Upon A Time In Mumbai which is said to be your comeback by certain section but for people like us you where never gone.

I remember my father Late Vermaji who started working for Screen – the then Bible of the industry (you must be aware of) during the Golden Era saying, “yeh lambi race ka ghoda hai” ( the dark horse).  As an audience and as a fan I was a bit worried during the mid 90’s as the Khan trinity – Aamir, Shah Rukh and Salman where ruling from time to time.

You have incredibly with your sheer determination and skills ensured that the so called storm of the Khan trinity has no effect on you.

In my opinion the reason behind is Mahesh Bhatt's Zakhm in 1998 – the movie which established you as a serious actor who can deliver at any levels and not just a popular mass action star.

Then came Hum Dil De Chuke Sanam in 1999 one of the finest love stories in Indian cinema by Sanjay Leela Bhansali where you as Vanraj stole hearts though Aishwarya Rai Bachchan and Salman Khan charmed their way through but you as a lover and a perfect husband stole our hearts and its true isn,t it – jhooth bardasht nahi humko bhi…

Then in the ‘Company’ of Ram Gopal Varma (when he was at his peak at work and at peace in mind), Prakash Jha, Rajkumar Santoshi's came Company, Gangajal, The Legend of Bhagat Singh that made heads turn all over the world.

Then in Anees Bazmee's Deewangee, you added extra shades of grey to your acting chops making you a complete versatile actor which continued in Khakee as well.

Your association with Rohit Shetty's in his directional debut Zameen didn,t began with a thunderous applause but your support gave him confidence which later has turned into an inseparable bond with Singham, Golmaal series etc.

In Rituparno Ghosh’s Raincoat your range was just brilliant. Not very much is talked about this one but whoever has seen has cherished your performance.

Then came Omkara in 2006 – the time when started opening up with experiments and cuss words where no longer a taboo. You played Othello like no one could have done in Vishal Bhardwaj’s Hindi adaptation of William Shakespeare's Othello.

And then the much needed Fun began..

The awesome twosome of Ajay Devgn and Rohit Shetty started clicking with Golmaal in 2006.

But next year you did a world class blunder - Ram Gopal Varma Ki Aag.

2010 was a significant year and in Filmi terms can be said interval ke baad ka picture. The year saw Ajay Devgn all round versatility with Once Upon A Time In Mumbaai,  Golmaal 3, Raajneeti and of course the phenomenon Singham.

Followed by comedies like Bol Bachchan (2012), Son of Sardaar (2012), and the Hindi adaptation of the cult  Drishyam (2015) you reconfirmed yourself as an unbeaten force in Bollywood.

In 2016, in his your production, Shivaay, you gave a visual of your vision which normally doesn’t exist in the industry.

You continued your ‘Raid’ with your range and rage and ruled

Raid, your just a cameo in Simmba as Bajirao Singham made the audience go frenzy and it clearly showed who is the Boss in Bollywood on screen police. Apart from all the range your comic timing has been impeccable since Ishq – its Total Dhamaal on screen. You made us understand that stories like Tanhaji: The Unsung Warrior, Bhuj: The Pride of India are stories that must be told.

I have my reservations by the way Bhuj: The Pride of India was told but such rare blunders don’t affect the creditability of a superstar like Ajay Devgn who has consistently ruled not only as an actor/artiste but also as a filmmaker, producer - Ajay Devgn Ffilms (Son Of Sardar, All The Best, Shivaay, Tanhaji: The Unsung Warrior).

Also as a distributor by opening chain of cinema halls - NY Cinemas across North India and a human with your NY Foundation that wishes to give it back to the society.

Dear Vishal Veeru Devgan urf Ajay Devgn your line up excites in the same way as you made your whistle blowing entry in Sooryavanshi and your dear friend and Karate training partner Akshay Kumar said in the movie , “ aala dev gun gheun” (rough translation - here comes Devgn with his gun).

‘May’ you have a field ‘day’ forever as you are the only one in your ‘Maidaan’ and you are about to conquer the OTT space with the Indian adaptation of mega series Luther, titled Rudra-The Edge of Darkness.

We at cineblues wish you all the best of luck in your journey ahead.