From Kamal to Madhuri to Deepika, the actors who got lucky to be choreographed by Birju Maharaj 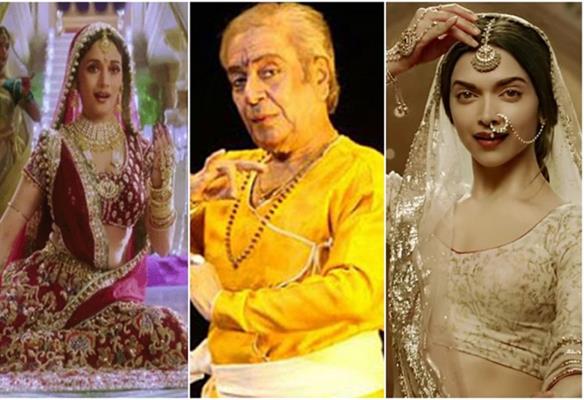 From Kamal to Madhuri to Deepika, the actors who got lucky to be choreographed by Birju Maharaj

Today, the legendary Kathak dancer Birju Maharaj passed away at the age of 83 due to a heart attack.

Here we go down the memory lane and revisit those songs which were not only juts choreographed but a couple also sung and composed by the maestro. Celebrities like Madhuri Dixit, Deepika Padukone and even legends like Kamal Hassan got lucky to choreographed/trained under the legendary Kathak dancer Birju Maharaj fondly called as Panditji.

The legendary Kamal Hassan excelled as a Kathak dancer in this song from his own spy thriller Vishwaroopam (2012).

The song fetched the National Film Award for Best Choreography.

Birju Maharaj trained Kamal Haasan in Kathak to the track composed by the trio Shankar–Ehsaan–Loy and sung by the actor himself & Shankar Mahadevan.

Madhuri Dixit got lucky again as the maestro trained her dobaara in Abhishek Chaubey's 'Dedh Ishqiya'. An expert singer and drummer as well Pandit Birju Maharaj sang this soothing number written by Gulzar and composed by Vishal Bhardwaj.

The reason why Deepika Padokone’s performed Mohe Rang Do Laal from Bajirao Mastani remains memorable is the training which Panditji gave to the actress. Deepika took Kathak lessons from Pandit Birju Maharaj for this song marvelously sung by Shreya Ghoshal.

The song bagged the trophy for best choreography at the Filmfare Award.