Happy Birthday Sunny Deol, reasons that we love you so much 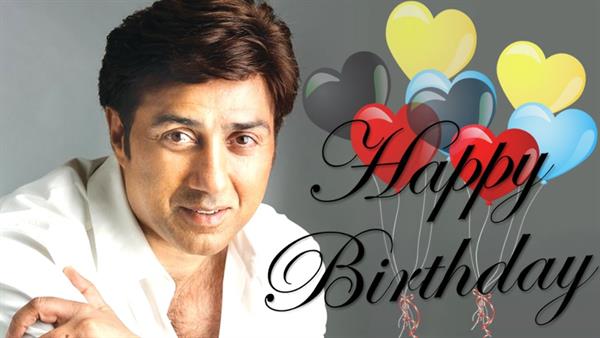 Ajay Singh Deol aka Sunny Deol is a man of such imposing brawn. Today Sunny Deol turns sixty five and still remains the trendsetting muscleman in the Hindi film industry.

The dhai kilo ka hath is not just an identity it’s a moment of pride for all of us.

Sunny Deol did not just played the role of an action hero, he reinvented it in Ghayal, Ghatak, and of course Gadar: Ek Prem Katha.

People may poke fun at Sunny Deol, mimic him but a close look at his resume speaks for the versatility and caliber the actor has.

It’s an irony that we after every tariq after tariq we remember him with that dhai kilo and pump thingies.

This author remembers his first interview with Sunny Deol taken at Sunny Studios during Ghayal Once Again promotions.

I waited on the first floor and when Sunny came he immediately apologized for keeping me waiting.

Highlighting here the most striking things from that interview taken in 2016 that still holds true in the present scenario and will continue to do so.

For those who are unaware, normally Sunny Deol is a shy personality and doesn’t talk much but that day he went all out

On drama circus that happens in the media, Sunny said, “So much of drama nowadays in media. Everybody has a breaking news.. breaking news here.. breaking news there.  People blame Bollywood for creating unnecessary drama in the world. There is more drama outside Bollywood nowadays and great actors in those politicians (and then Sunny had a hearty laugh)

On speaking about his stardom and the reason behind, Sunny Deol in all his humility gave the following reason.

He said, “For a human being and especially for an actor whose life is a time to time observance, influence of what all is happening around. The sponge of everything right from my birth in a farmer’s family in Punjab, the family values, traditions, papa’s influence in my life, plus my belief, understanding all this has helped in convincingly conveying the characters I have played. Of course directors like Raj Kumar Santoshi , Rahul Rawail, J.P. Dutta, Anil Sharma with whom I have worked where raw and equally hungry at that time. So we explored and followed our heart. The audience gave their love. All of them put together have made the Sunny Deol you know today.

And on his getting more media savvy he said,

“Previously I wasn’t a believer on this but now I have realized that it is the need of the hour. The experience has being rewarding, meeting lot of people, getting respect. I will make an effort to seen and heard and create awareness about what I am doing”.

Hmmm, now we know why Sunny Deol made a prior announcement of hinting something big on Dussehra and announced Gadar 2

Happy Birthday Sunny Paaji, not just Gadar 2, we are all excited for Fateh Singh, Chup and Apne 2