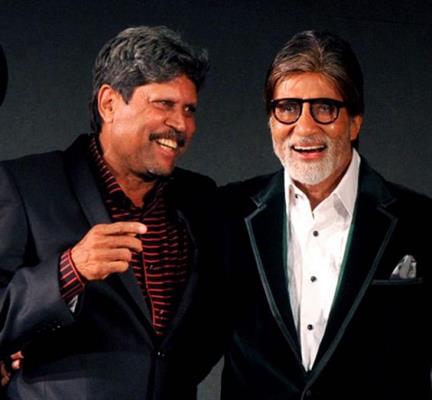 Sometimes it happens that your god does things to please you which you have done for them, resulting in a perfect déjà vu.

Mr. Bachchan’s uncontrollable joy when team India makes the Indians proud is well known. He just goes on a long drive displaying the Indian national flag, like an excited fan who is unable to control his emotions when team India has beaten its opponent hands down.

Mr Bachchan’s fondness with Indian greats like Sachin, Dhoni and of course Kapil Dev is well known. The icon for the icons in the Indian film industry loves cricket and loves to play the game as well.

Want to know who is the guy for which the Haryana hurricane ‘out swinged’ his school and made an ‘inswing’ in the cinema halls?.

It’s the one and only Amitab Bachchan!!.

Yes, the legendary cricketer Kapil Dev bunked school to watch movies of Amitabh Bachchan. Kapil Dev has confirmed this fact during a heartfelt nostalgic conversation with the megastar Mr Amitabh Bachchan. It happened during a special segment of the IPL extravaganza last year. The duo shot a special episode for the occasion where the teaser of the song Badumbaaa from the Amitabh Bachchan, Rishi Kapoor starrer 102 NOT OUT was launched.

Both Mr Bachchan and Kapil Dev have immense respect for each other and the conversation began with Mr. Bachchan recollecting his journey and ending up with Kapil Dev spilling the beans about his school and college days.

We all are the same, isn,t it… some may be a step ahead as am sure many have bunked their school, colleges, offices for either a movie of Amitabh Bachchan or an important cricket match or for both. 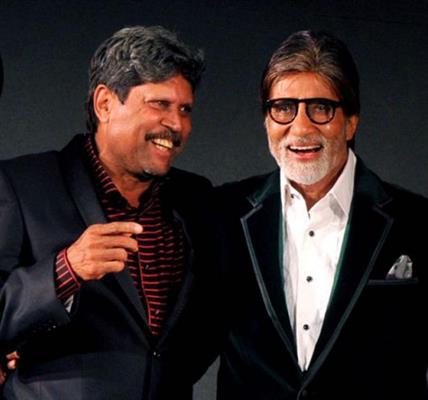