Makar Sankranti : significance and movies that celebrated the spirit of kites 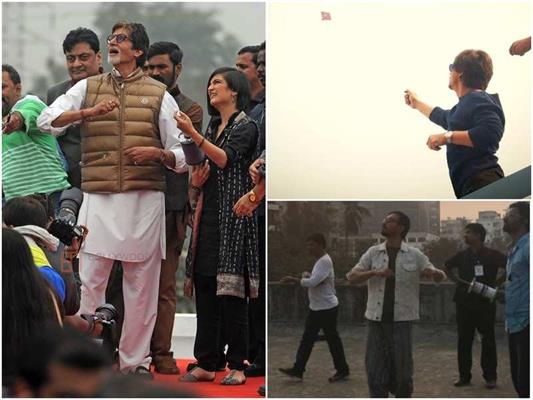 Makar Sankranti : significance and movies that celebrated the spirit of kites

As we celebrate the transition day of the deity Surya (Sun) into the Capricorn (Makar Rashi) with the festival Makar Sankranti – the festival of harvest with Kite Flying, Khichadi, Dahi Chura, Pongal etc.

Here are the movies that celebrated the spirit of the festival and Kite flying either in their plotline, atmosphere or as a metaphor.

The movie revolves around a nine year old boy Gattu an orphan who works in his uncle's recycling business and is fascinated by flying kites, especially the kite Kali which has won many kite flying competitions. Gattu's desires to defeat the black kite.

A vibrant movie on the ups and downs of a an Indian family by Prashant Bhargava starring Nawazuddin Siddiqui, Seema Biswas, Mukud Shukla and Sugandha Garg

The Golden Globe Award nominee for Best Foreign Language Film in 2007, and Academy Awards for music score by Alberto Iglesias.

The Kite Runner directed by Marc Forster based on the 2003 novel of the same name by Khaled Hosseini tells the story of Amir, a well-to-do boy from the Wazir Akbar Khan district of Kabul who is tormented by the guilt of abandoning his friend Hassan.

The story is set against a backdrop of tumultuous events, from the fall of the monarchy in Afghanistan through the Soviet military intervention, the mass exodus of Afghan refugees to Pakistan and the United States, and the Taliban regime.

Used primarily for the metaphoric connection. The Shakti Samanta’s classic that had Asha Parekh in one of her best acting performance and reconfirmation that Kishore Kumar and Rajesh Khanna where a wave/storm in those times in RD Burman evergreen melodies like "Yeh Shaam Mastani", "Pyar Deewana Hota Hai",  "Yeh Jo Mohabbat Hai".

Kati Patang (The Severed Kite) dealt with the trials and tribulations of a woman, whose life becomes like a directionless kite until she meets the man of her dreams...

One of Bollywood’s all time best love stories; Sanjay Leela Bhansali exploited the exotic culture of Gujarat and Sankaranti festival in the movie that starred Salman Khan, Aishwarya Rai and Ajay Devgn.

Based on Chetan Bhagat’s The 3 Mistakes of My Life. Kai Po Che – the tile taken from the popular Gujarati cheers of expression used while cutting the opponents Kite while Kite flying. In Hindi they say ‘who kaata’ ( rough translation there I cut that one).

Inspired from a real life incident, Yeh Khula Aasmaan (This open sky) is a 2012 Hindi-language film, directed by Gitanjali Sinha. Starring Raghubir Yadav, Yashpal Sharma, Raj Tandon and Anya Anand. The movie is about a promising young Avinash who is constantly facing failures visits his grandfather Dadu after several years. Dadu – the best kite runner of his era, uses 'kite' to teach the lessons of life to Avinash.

Cineblues wishes a very Happy Makar Sankranti to all