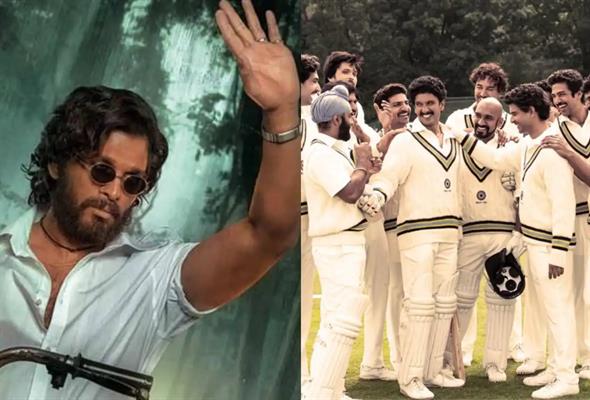 In cheering Pushpa why are we bringing 83 into tears?.

Trying to find out the rationale behind this nationwide debate – Pushpa v/s 83 and the reason behind the so called success and failure.

So, 83 is inching towards 100 core, Pushpa Hindi version has crossed 75 core and has surpassed 83 collection in many circuits.

That means after watching two popular good movies, we love to watch the race between the two.

Wah… what an analysis. What is the basis of this refined study?. How much do we know our audience?.

83 is an Hindi-language sports drama dubbed in Telugu, Tamil, Kannada and Malayalam directed by Kabir Khan starring Ranveer Singh in lead. The movie is based on India’s historic 83 cricket world cup triumph led by Kapil Dev.

Pushpa: The Rise is a Telugu-language action drama dubbed in Tamil, Malayalam, Kannada and Hindi. Directed by Sukumar starring Allu Arjun in lead. It’s about the rise of Allu Arjun character Pushpa from a coolie to a red sandalwood smuggler.

83 has reportedly from a budget of 270 cores earned around 175 worldwide till this write up.

So in monetary terms to win the race and bag that ‘Hit’  trophy, Pushpa has to at least double its investment ( am not a trade expert but as a simple thump rule). So, 225 x2 is 450. Four hundred and fifty cores.

Similarly 83 from its whooping 270 crore budget has to double its investment which comes to 540 – five hundred and forty crores.

Even during the BC (before Covid era) it was a huge uphill task for both Pushpa and 83.

Honestly, the truth that emerges from the collections of 83 and Pushpa is - 83 is likely to suffer more losses.

Pushpa can at least break even (OTT rights reportedly sold around 25 – 30 crores). Its comes to 280 crores which means Pushpa has to earn 175 (the amount which 83 has collected till now worldwide) cores more.

83 is way behind has earned 175 still to come on OTT ( may fetch a handsome amount or may be in that demanding position now). 83 needs to earn a mind blowing 365 corers more. 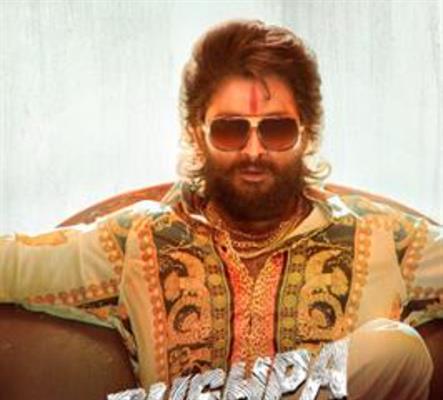 Is Pushpa better than 83 as a movie, certainly not?.

Actually, there is no comparison. Both 83 and Pushpa are way different in their genre.

Pushpa has everything what a quintessential Indian action masala should have.

83 has everything a euphorically nostalgic classic period historic sports drama should have.

Please look at the words used for both the movies. Way different.

All I want to say is if box office is the criteria of judging a better cinema than Pushpa is not sprinting away breaking records.

In fact there are some reports of the makers compensating some distributors in Andhra Pradesh who have complained of losses.

The common reason between the gap of investment and return for Pushpa and 83 is over budgeting which some where shows the over confidence. Much more in the case of 83.

The way 83 got released worldwide and that too in 3D (seriously 3D for a movie on 83 world cup triumph when even a normal black and white television was considered as a luxury) just to earn some extra bucks.

Such is the corporate culture in entertainment all centered on money, returns.

I have watched 83 twice, both in 2D, I have heard from people saying that there was no need for 3D.

The arrogance of distributors, exhibitors for not considering rate cut. Now they have woken up.

In my opinion 83 should have been shown to the PM of India and an effort to make it tax free all over India must have been tried.

And the way some revivers showered praises giving it 6 out of five, 5 out of 5. Cinema is an art and a scope to do better is required. An artiste should strive to excel 5 out of 5, 6 out of 5 is like asking them to stop, the nirvana has been achieved.

The people may imagine a very different picture of a movie which is already highly anticipated.

Even after all the above points going against 83, it cannot be denied that the movie will be considered as cult by tomorrow.

83 should be compared with Lagaan, Iqbal, Chak De,  Bhaag Milkha Bhaag as a sports movie and with Swadesh, Mera Naam Joker, Andaaz Apna Apna as box office failures who later got tagged as cult.

Pushpa should be compared with Gangs of Wasseypur, Vaastav, Deewar etc.

If Pushpa is a crowd pleaser, 83 is a soul stirrer 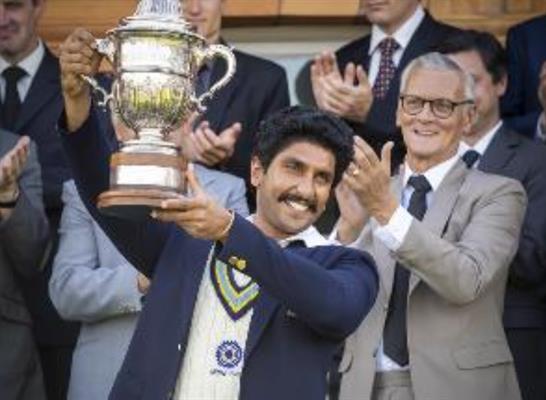 How many of these experts are talking about the salient features of 83 and Pushpa.

I have spoken a lot 83 in my review which you can read below at the end of this article.

I watched Pushpa yesterday on Prime Video (Telugu version with English subtitles) and found it an extremely grossing and a powerfully solid action extravaganza where Allu Arjun is a sight to behold.

Instead of talking about the excellent narration of Sukumar, superb camerawork, mind-blowing action, some people are using this high profile entry of Allu Arjun in Hindi (Bollywood) to tease and tear 83 apart.

How many discussions on Indian cricket and India’s world cup triumph have taken place? How impeccably Ranveer  Singh has adapted Kapil Dev on screen. The way Tahir has brought Gavaskar alive on screen in spite of him being taller than the little master. How marvelously Jiiva brings Krishnamachari Srikkanth on screen. We have not talked much about these but constantly keeping a watch on its earnings.

I met so many traders on line in the last few days who where more worried about the collections of 83 and Pushpa rather than the growing Covid 19 Omicron cases.

In my humble opinion we should cherish a classic like 83

And enjoy the action packed mass centric cinema like Pushpa and feel good in our ‘Amar Prem’ with movies. And don’t compare or judge them by their box office performances.

‘Amar Prem’, I conclude my speech/rant whatever you understand by twisting that immortal line said by Rajesh Khanna to Sharmila Tagore who plays ‘Pushpa’ from the immortal sublime 1972 classic Amar Prem by Shakti Samanta.