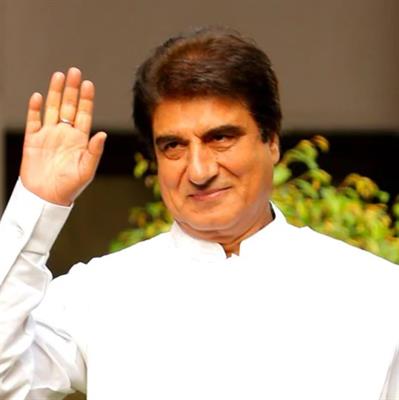 “Rajshri Production were under the impression that I was on the look-out for a villain’s role, as they felt the name Babbar conveyed a negative character”

Welcome into the fold of the 70 Plus, my dear Raj! In the late 70’s I was introduced to the newcomer actor by his pr guy and it was instant friendship at the very first sight for us. I remember the first time I met him, he was staying at the Hotel King’s courtesy filmmaker Prakash Mehra who had signed him for his film Jwalamukhi and put him up there at his own cost.

The interview was scheduled to take place at 9 am over breakfast. The breakfast- omelette with toasted bread came but Raj requested me politely if we could share that instead of ordering for one more, because he did not want Prakash Mehra to know that he had ordered for an extra breakfast.

After that meeting, Raj, who was climbing the ladder of stardom very quickly and I met frequently and we became such friends that though a gossip columnist at that time, I was a permanent fixture at every birthday party for his at his Juhu apartment where I used to bump into then strugglers like Anupam Kher, Shekhar Kapoor, Girija Shankar, Anupam Kher’s current wife Kiran who is now Kirron Kher, who all were part of Naditra Babbar's theatre group Ekjute.

I had become over the years such a permanent fixture that I used to call Raj’s wife Nadira as Nadirabaaji, who used to be a good hostess who used to insist that I had dinner and whenever it was late, I used to make it a point to even sleep at their house and go to my office at The Hotel Oberoi Sheraton at Nariman Point the next morning directly from his house.

Frankly, I never even dreamt that a day would come when my actor friend who was working in films in Hindi as well as Punjabi, would end up as a politician first with Janata Dal, then Samajwadi party, be a four-time member of the Lok Sabha and a two-time member of the Upper House of the Indian Parliament, and finally be the President of Uttar Pradesh Congress Committee. 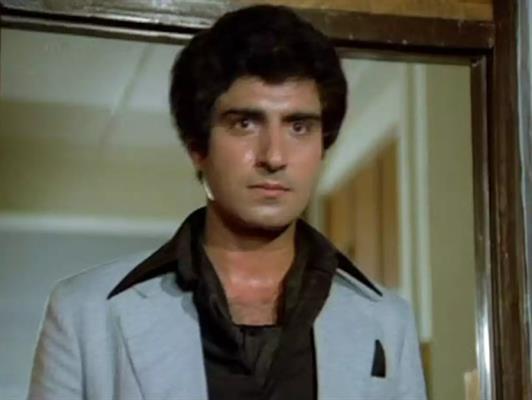 To mark his birthday, I wish him and recall my initial fruitful meetings as well as interviews with Raj Babbar. The first outdoor shooting where I met Raj was Melkote, a God forsaken village some 100 kms away from Bangalore and civilization.

To cover the location shooting of producer Surinder Kapoor’s Hum Paanch, a remake of the Telugu hit Manavoori Pandavulu, I had gone all the way to Melkote, from Bangalore with Amrish Puri. Believe it or not, it was Anil Kapoor who served his dad Surinder Kapoor’s unit as the production controller then, who organized the car for Amrishji and me.

The day I landed at the location site, Raj Babbar, one of the stars of the film was packing his things to  move down to Bombay because Neetu Singh had allotted her last date to the producer of Mano Ya Na Mano and Raj had been summoned by a vexed producer to Bombay, cutting short his schedule at Melkote.

However, on his way to the airport, I managed to nab Raj Babbar for a tete-e-tete.

The credit for discovering Raj Babbar ought to go to B.R. Chopra, Raj tells me. “It was Choprasaab who signed me to play the lead in his Kahaani (which was also shelved) opposite Kim even before Salim and Javed had the opportunity to see my play Nadir Shah in Delhi where I was actively associated with the National School of Drama.

Choprasaab had my audition test at the Hotel Ashoka. At that time he was making a small budget venture called Pati Patni Aur Woh starring Sanjeev Kumar, Vidya Sinha and Ranjeeta and wanted me to wait till the outcome of the film since he was unsure about its acceptance by the general public. He boosted my confidence in myself by telling me that I needn’t undergo the screen test because I had passed the audition with flying colours.”

It was after this that Salim and Javed asked him to come down to Bombay. Raj felt further encouraged to try his luck in the tinsel world here. “As I was toying with the idea of coming down to Bombay, I received a call from Prakash Mehra asking me to show him my stage play. He was impressed with what he saw of me in the play in Delhi and things moved well as far as my luck was concerned and I arrived in Bombay on January 1, 1980.”

Raj arrived in Bombay and was amazed to find the red carpet rolled out for him. He signed Jwalamukhi for Prakash Mehra though the first film for which he faced the camera happened to be Lekh Tandon’s Sharda. An array of films followed, which included B. R. Chopra’s Insaaf Ka Tarazu, Mohan Sahgal’s Daulat and Rajshri’s Jannat with Zarina Wahab.

Raj chuckles for a minute and recalls that when he went to the Rajshri Production for the first time, they were under the impression that he was on the look-out for a villain’s role, because they felt the name Babbar conveyed a negative character. ”They couldn’t believe that I could be a smart and handsome dark young man”, Raj guffaws Raj, straightening his shirt collars and winking at me.

Raj has done a Punjabi film with Kulbhushan Kharbanda, Om Puri and Rama Vij. “It was an offbeat film made by some friends of mine and hence I did the film Chan Pardesi. I have no intention of taking up any regional film at this stage of my career. I want to help myself before I set out to help others, especially the regional filmmakers, you see”.

Raj prefers to do dramatic roles. ”Definite characters interest me and not the routine leading roles where one would not get any scope for improvisation. I am extremely choosy about my assignments. I hesitate to sign more films only because most of the proposals that I keep on receiving are multi star extravaganzas which are star oriented and not character oriented.”

Insaaf Ka Tarazu was the first film of his to hit the screen, according to Raj Babbar, who is glad that none of the producers who had taken keen interest in promoting his career has bound him by any contract. “I progressed from Sarika to Hema Malini as far as my career goes”, he says modestly.

Raj Babbar is here to stay. Refreshingly he does not subscribe to the worn-out ideas unlike the chocolate heroes of yore. “I am game for any kind of role as long as it is not meant as filler. In Insaaf Ka Tarazu, mine was the negative role of a rich young play boy who rapes a model played by Zeenat Aman. I care a damn for the image. Image does not make an artist. It is the artist who is paramount for a film.”

Also Read :Happy Birthday Shilpa Shetty Kundra : Do you know Baazigar is not her debut?, details inside
Tags : Raj Babbar 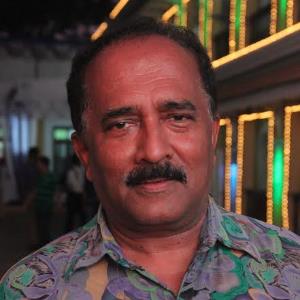