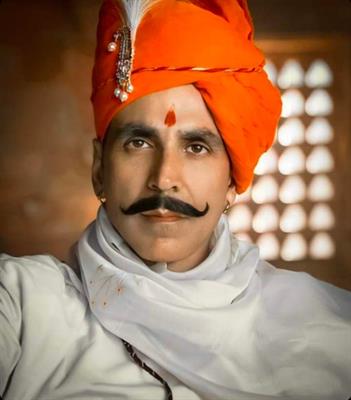 Akshay Kumar is almost like a one-man industry!: 5 of the top film-makers of the Hindi film industry speak about Akshay Kumar's deep impact as he completes 30 years in cinema with Samrat Prithviraj!

Akshay Kumar’s next is Yash Raj Films’ first historical, Samrat Prithviraj, which is based on the life and valor of the fearless and mighty King Prithviraj Chauhan.

Akshay Kumar is essaying the role of the legendary warrior who fought valiantly to protect India from the merciless invader Muhammad of Ghor in this visual spectacle.

The film has been mounted on one of the all-time biggest superstars of Hindi cinema, Akshay Kumar, who happened to complete his 30 years in the Hindi film industry with Samrat Prithviraj!

To mark this occasion, five of the biggest film-makers of our country – Karan Johar, Sajid Nadiadwala, Aanand L. Rai, R. Balki and Subhash Kapoor speak about the impact that a megastar like Akshay Kumar has had on Indian cinema.

Karan Johar, who has worked with Akshay in films like Good Newwz, Sooryavanshi says, “Akshay Kumar is not just a superstar. Akshay Kumar is not just a supreme artist and actor. Akshay Kumar is a force; he is a force to reckon with. He is almost like a one-man industry. In the last decade and plus, he has proven his strength of course, in the mainstream business, as a hugely viable force and actor; but also, his choice of subjects, ranging from versatility to all kinds of genres, sub genres that Akshay has attempted; he has grown from strength to strength as an actor and is now a mega star, super star but also, like I said, a one force, a one-man industry. His 30 years have to be celebrated, because really when you talk about Indian cinema you cannot but mention his huge impact to Indian cinema. And on his 30th year he has one of his most spectacular films releasing, Samrat Prithviraj. From the very first look you know it’s going to be an absolutely cinematic bonanza. It’s going to be a treat for all Akshay Kumar fans but also for all cinema lovers. A combination of great storytelling, history and of course the mega stardom of Akshay Kumar. I wish him all the best, all the love and more power to him always.”

Sajid Nadiadwala, who has worked with Akshay in films like Heyy Babyy and Housefull franchise says, “It’s a great year for Akshay and the whole industry. It’s been 30 years that he has been in the industry. Let me tell you, he’s been with me since 4th standard. He was my senior. Then he became a part of my class and then he became my junior. We are in the same fraternity now. And for him to be here, 30 years, what I feel personally is, there is a Telugu film industry, there is a Tamil industry, there’s the Hindi industry and there is something called the AK industry. He’s got his industry on his own. He is very magnanimous with his producers. He Is very professional. What I saw in him in 1989, when he joined this industry, till the date, there’s never been one incomplete film of his. I feel he needs immense applause for the work he has done in this industry and I wish him lot of luck for all the future films he is doing. So I take this opportunity to wish my friend a great 30 years and many more to come and definitely for his outstanding looking film, Samrat Prithviraj. Lots of love, lots of hugs, I love you Akshay.”

Aanand L. Rai, who has worked with Akshay in films like Atrangi Re, says, “Who could have imagined! An actor who got a tag of ‘Khiladi’ Kumar, becoming a bigger and bigger star with every film, will do a film like Toilet Ek Prem Katha; will do a film like Padman and now, Samrat Prithviraj. He has shown such a versatile range and along with that, he is a sheer combination of discipline and guts. The best part about Akshay Sir is, I feel, the emotional side. He lives every relationship to its fullest. I think that’s very important for an actor.”

R. Balki, who has worked with Akshay in films like Padman and Mission Mangal, says, “Akshay is a genre by himself. He is the only person who plays cinema like a sport. He actually plays cinema. Like a modern-day sport, it requires talent of course, requires fitness, requires dedication, requires strategy, requires sharpness, and requires knowledge of the world around him, around you. The way he plays it, the way he acts, the way he treats cinema, is like a game, a sport that he loves. Being in a sport, he also plays an art, where he can be anybody he wants to be in the sport. He can be Virat Kohli, like he is playing in Samrat Prithviraj, he can be Hardik Pandya, he can be Dhoni the strategist, or he can be somebody else. He can be anybody he wants in this entire thing. But for him, this entire cinema, in my head, he looks at it like a sport, and a sport that he loves; and that’s what I really love about him. Every film is like a new game for him. Of course, consistency is a key feature to stay in a sport for a long time, and that of course, he has. He doesn’t just rest on his talent. He works at it. He is one of the most lateral minds that I have actually seen in cinema. One of the key features in sport is consistency and Akshay demonstrates it. Of course, you have your off days but that doesn’t stop you from playing the sport with equal intensity each time. That’s what Akshay does. He is to me possibly the only legendary sportsman in Bollywood of a very different kind.”

Subhash Kapoor, who has worked with Akshay in Jolly LLB2, says, “You know there is a lot of talk about Akshay Paaji’s discipline in general in life, which I think is superb. But only those who have worked with him would know his commitment, his involvement and his dedication when he is working on a project. Having worked with him in past, I have seen that from very close quarters. In my opinion, it is this legacy that he leaves behind; this inspiring legacy, for hundreds and hundreds of people. Those who want to come and make acting a profession. They can learn a lot from that legacy, the commitment that he has displayed with every project that he does. I want to wish Akshay Paaji very best for another 30 years. Keep rocking Akshay Paaji.”

Directed by Dr. Chandraprakash Dwivedi, who is best known for directing the television epic Chanakya and the critically acclaimed film Pinjar. The ethereally gorgeous Manushi Chhillar plays the role of King Prithviraj’s beloved Sanyogita and her launch is definitely one of the most awaited debuts of 2022. The film is set to release on June 3 in Hindi, Tamil and Telugu.