This week in theatres and OTT: family, nation, nature & more 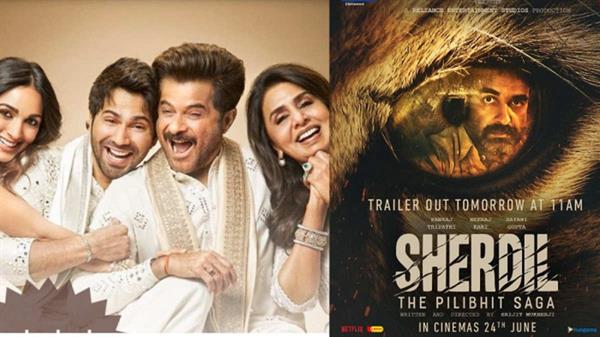 This week in theatres and OTT: family, nation, nature & more

Here are the top movies/series in various genres release this week that can be explored this week.

Avrodh, helmed by Applause Entertainment, is a series based on Shiv Aroor and Rahul Singh's book India's Most Fearless and the second season, written by Brijesh Jayrajan and Sudeep Nigam and directed by Raj Acharya, centers on the Indian Intelligence to bust a money laundering operation of global and terrifying proportions.

The first season was based on the Uri attack and had generated a lot of buzz. The current season stars Abir Chatterjee, Aahana Kumra, Neeraj Kabi, Anant Mahadevan and Mohan Agashe in lead roles. It will be streaming from 24th June on Sony LIV.

Apples of Netflix's eyes - Vikrant Massey and Radhika Apte - star in this investigation thriller that premieres on Zee5 on 24th June.

Forensic is a remake of the Malayalam film with the same title, follows the investigation of the a series of murders, apparently committed by a 12-year old girl. But nothing is as it seems, rather there are deep layers to it. Forensic is directed by Vishal Furia( of Chhorri fame) and is produced by Soham Rockstar Entertainment Pvt Ltd and Mini Films.

Set in the heart of Patiala, the film exhibits the boisterous vibes of Punjabi wedding and also tackles issues like re-marriage and pending divorce in a light-hearted way!

Neetu Kapoor will be seen alongside Anil Kapoor and young bees Varun Dhawan and Kyra Advani lend the whiff of freshness to this social comedy directed by RJ Mehta of Good Newzz fame.

Boasting of an impressive ensemble of fine actors like Pankaj Tripathi, Neeraj Kabi and Sayani Gupta, Srijit Mukherjee's Sherdil - a dark, humor-laced satire based on true events that happened in Pilibhit.

The Reliance Entertainment film touches upon the issues of urbanization side effects, man -animal conflicts and poverty leading to a bizzare practice in a village near a protected forest

To tickle your funny bones, the hilariously funny series is landing on Netflix from 24th June. The first season consists of 10 episodes with episode runtimes ranging between 10 to 20 minutes long. Since the episodes are short, I think there will be no problem getting through the whole season in one sitting. So it becomes an ideal candidate for a weekend binge-watch !

Man Vs Bee is written by actor and veteran comedian Rowan Atkinson which also his Netflix and Television debut as the house sitter who is indulged in an intense battle with a bee.