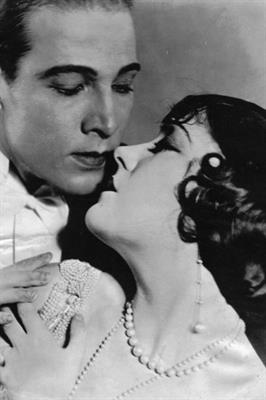 Valentino was a sex symbol of the 1920s, also known as Latin Lover, the Great Lover, or simply Valentino.

Probably, silent era’s biggest star, Rodolfo Guglielmi aka Rudolph Valentino was born in 1895 on today’s date – May, 06 in a farmhouse in Castellaneta, southern Italy.

Today after 126 years, the sex symbol of the Hollywood silent era has turned into a trend setter which not many of us know.

He died at an age of 31 in his prime in New York City.

Valentino’s early death at the age of 31 caused mass hysteria among his fans, reports of female fans committing suicides was reported and believe it or not riots where reported as fans tried to get in for a glimpse of their beloved star.

The riots and suicide reports on the death of Rudolph Valentino stands tall against the craziness behind other Bollywood icons who enjoyed maximum female patronage during their prime like Rajesh Khanna, Shah Rukh Khan, Hrithik Roshan etc.

According to reports over 100 mounted officers and NYPD's Police Reserve were used to restore order after the wave of madness that followed after Valentino’s death.

The sex symbol the heart-throb of the silent era Rudolph Valentino was a combination of charm, passion, aggression and beauty on screen.

A figure which women adored/loved and man neglected or went jealous.

Starting with the The Battle of the Sexes as an extra dancer to that famous passionate Tango in The Four Horsemen of the Apocalypse (1921) which started it all. Followed by Sheik, Blood and Sand, The Eagle, and The Son of the Sheik.

The aggressive sexual passion on screen made wooed the women folks and they found him irresistible.

The male folks however found the romanticism of Valentino fictional having lack of realism.

Rudolph Valentino was a good dancer as well. The sex symbol on screen however confessed that he struggles to find the love he wants from women and had issues with his life partners actress Jean Acker (first), costume designer Natacha Rambova (second).
Rudolph Valentino created controversy with his fashion sense. Ranveer Singh and believe me or not Salman Khan and their fans would like to read this.

Rudolph Valentino was different, he appeared in trim tuxedos, wore a wristwatch (not in practice for men in those days, the pocket was the in thing in those days). His second wife gave him a bracelet it was called a “slave bracelet”. Salman Khan started a trend with his bracelet but more than 125 years ago a male sex symbol – Antonio has already done it.

The media at those times went furious over Antonio – his wardrobe included jewelled rings, fur coats and silk cravats – Ranveer Singh are you reading or hearing this.

All these experiments gave fodder for gossip mongers about his sexual orientation hinting that Valentino might be a gay or bisexual.

There are also reports of some of his female co -stars and girlfriends complaining that Valentino was not keen on having sex.

Valentino tried his best to deny speculations of him being gay or bisexual. To counter these allegations Valentino took up boxing to enhance his macho image.

Valentino faced backlash in America and the prejudice male dominated mindset in general over his popularity amongst women and his unique fashion sense.

Today a bracelet and a jewellery on male if carried well is termed as heterosexual metro male.