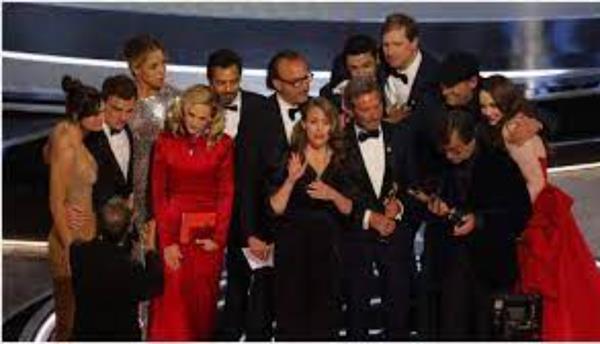 The 94th Academy Awards were held at the Dolby Theatre in Los Angeles today. Hosted by Regina Hall, Amy Schumer and Wanda Sykes. The awards honored the best in the movie world.

Took the top honour with best picture. The coming-of-age film directed by Sian Heder made a clean sweep of winning in all the three nominated categories including best picture. Best Supporting Actor (Troy Kotsur - the first deaf male actor to win an Oscar), and Best Adapted Screenplay.

The Power of the Dog

from the 12 nominations converted into only one win – Best Director for Jane Campion (third woman in Academy Awards history to win Best Director).

Congratulations to this year's winners! Here's the full list: https://t.co/d45NWXsvvp

Jane Campion, The Power of the Dog

Best Actress in a Leading Role

Best Actor in a Leading Role

Best Actress in a Supporting Role

Best Actor in a Supporting Role

The Queen of Basketball

The Eyes of Tammy Faye

At 94th Academy Awards an unbelievable event shocked everyone when Will Smith got angry to a joke made by Chris Rock about his wife, Jada Pinkett Smith. After Rock joked to Smith that he was looking forward to a sequel to “G.I. Jane,” Smith stood up from his seat near the stage, went towards Rock and slapped him and it didn’t end over there.

After sitting back down, Smith shouted at Rock to “keep my wife’s name out of your (foul language) mouth.”