Did you know Rami Malek became Mercury much before Bohemian Rhapsody? 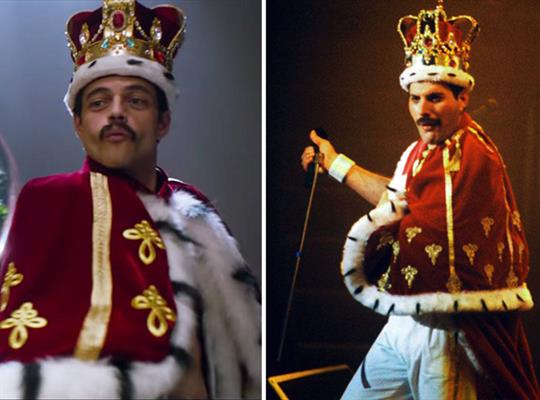 Did you know Rami Malek became Mercury much before Bohemian Rhapsody?

Yes, Rami Said Malek aka Rami Malek - one of the 100 most influential people in the world in 2019 as per Times Magazine, before the sensational portrayal of Mercury - Freddie Mercury the lead singer of the iconic rock band Queen gave the shot.

At the time when the makers where looking at all the possible options from Sacha Baron Cohen to Ben Whishaw, Rami Malek was shooting for Mr. Robot.

The producers of Mr. Robot Denis O’Sullivan and Graham King, asked Malek to get into the avatar of Mercury. The movie was in planning stage with nobody backing the project.

But Malek was excited enough, he started the preparations and started watching footage of Mercury shows.

And that’s not all, Malek even had a movement coach who worked with him for four hours a day to make him prepared in case the project on the biopic of Mercury gets a greenlight form a studio. Well it did happen and the rest is history.