Death On The Nile movie review: Superb costumes, great setting, but the story is so dated it gets tiresome. 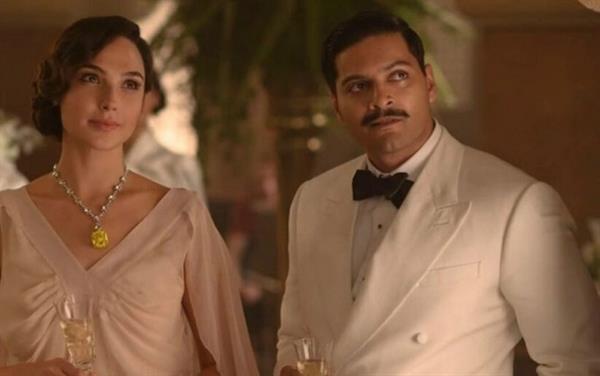 Death On The Nile movie review: Superb costumes, great setting, but the story is so dated it gets tiresome.

We’re in 2022 and rehashing seriously ancient stories is, well, boring. The setting is fabulous, the cast is fabulous, and so are the costumes. But the story feels so tedious and outdated that we start noticing silly things like, ‘Why is Ali Fazal hunching so much?’

It’s not their fault that the script was published as a book in 1937. What counts as a fabulous mystery solved now looks like a detective who had too much champagne because he let three people die and then did not prevent the murderers from killing themselves.

The film starts with a little happy piece of information: how Hercule Poirot, the famous detective got his famous peculiar moustache. His face is disfigured in the war and his girlfriend tells him, don’t worry, grow a moustache, it will hide the scar. Unfortunately, no one corrected Agatha Christie and told her that hair will not grow on scar tissue.

So Poirot bumps into his mad, happy friend Bouc (played rather happily by Tom Bateman), who invites him to join the party of a rich heiress who got married to a rather handsy, nobody called Simon Doyle played by Armie Hammer. Now even if you were a novice at watching whodunits and have never read a single book written by Agatha Christie, you would know ki boss, yeh aadmi kuch theek nahi hai. After all, it is clear that he switched from the not so rich but gorgeous Jacqueline De Bellefort (Emma Mackey) to the super rich Linnet Ridgeway (Gal Gadot). But then he’s taking her godmother and the nurse, the ex-beau, the accountant, her maid, her friend and his artist mom along on a honeymoon in Egypt (obviously the name says Nile na).

Maybe rich people are weird, that they need people to come along to make a ‘party’ of it…

Jacqueline turns up uninvited at every event, and since they’re in Egypt at a fancy hotel, Linnet gets rather unnerved by her presence. To get away from her they all move to the cruise on the Nile, and this ex-girlfriend of the husband shows up there as well. The tension between the two women who are rivals for affection is fabulous, but it just is one scene and you feel short-changed.

Death On The Nile final words

The costumes are just fabulous. The fine details in the lace edges and buttons are incredible and shoes, the footwear worn by the women as well as the men are just enviable. There are more costume changes than events in the story. And when that happened, I had to wonder if the story hasn’t aged well. Alas, the film feels too cumbersome for today’s audience. Thanks to all the OTT tales being told the audience is used to crotchety, loner, gumshoe detectives, but the story here just seems to flow slower than the Nile. They updated the way Sherlock Holmes stories have been made, then why not Agatha Christie?

Also Read :THE LOST DAUGHTER REVIEW: WILL MAKE YOU STOP AND REASSESS EVERYTHING YOU THOUGHT ABOUT MOTHERHOOD.