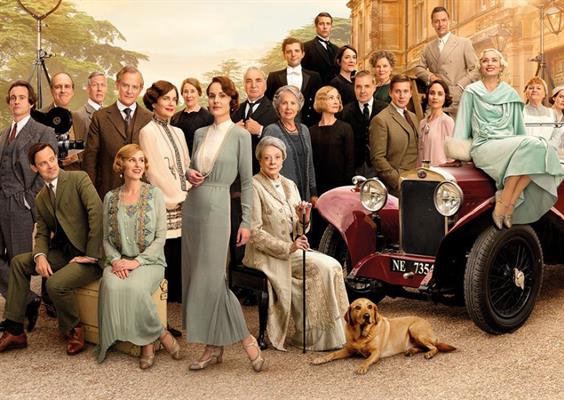 Downton Abbey: A New Era, set in the 1930’s, is the sequel to the 2019 film that highlighted the Royal visit and the tizzy that precluded and followed it.
This spawn has film stars descending on the Crawley’s fancy abode and a grand journey to the South of France to uncover the mystery of the dowager countess's newly inherited villa. So the narrative basically vacillates between the two regions and what transpires there.
The six season, 52 episode ITV British soap opera, “Downton Abbey,” a multi-generational, old-fashioned, high-living ode to aristocrat masters and its loyal servants, set the trend that this film and its predecessor follow so diligently. The film boasts of a large cast playing characters acting out trivial intrigue while experiencing the highs and lows of living in fanciful luxury in the early 20th century.
‘A New Era’ has the Crawley family return- with all the fan-favorite characters getting together in interesting circumstances.
The narrative has some of them seeking fulfilment in the mundane. Dowager Countess Violet Crawley (Maggie Smith) secret past comes into focus through  possession of a property in the South of France while back at Downton, Lady Mary (Michelle Dockery) has to play host to a crew of filmmakers and actors – just so they can pay for a leaky roof.

It’s a fairly invigorating set-up and the parallel strands of story keep the interest going. In addition to the very involved performances by the entire cast and the fancy looing cinematography, Director Simon Curtis and editor Adam Recht do a grand job making do with  120 minutes of runtime – with all the numerous characters and the hoopla they engage in.