Fantastic Beasts- The Secrets Of Dumbledore review : A treat only if you are a true blue Harry Potter fan 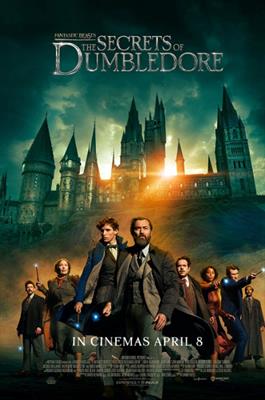 Fantastic Beasts- The Secrets Of Dumbledore review : A treat only if you are a true blue Harry Potter fan

What: The world of Harry Potter is alluring to everyone. For years the books and movies of Harry Potter have kept children and adults captivated. The magical world filled with fire breathing dragons and deadly vampires and spells kept people hooked onto it. Over the years fans have argued if certain characters from the series needed films/series of their own and more insights into how they were the way they were. But sadly, we can all agree that the Harry Potter movies are now past its prime and that they can best be enjoyed from a nostalgia perspective and this Fantastic Beasts series is just an exercise in milking the Harry Potter franchisee.

Taking over from the previous two movies, it is now established that Professor Albus Dumbledore (Jude Law) has a personal connect with the powerful Dark wizard Gellert Grindelwald (Mads Mikkelsen).

He now has plans gain control of the wizarding world and become the most powerful wizard who ever lived.

Dumbledore has to stop him in his tracks and foil his sinister plans, but he can’t do it alone and so he entrusts Magizoologist Newt Scamander (Eddie Redmayne) to lead an intrepid team of wizards, witches and one brave Muggle baker on a dangerous mission, where they encounter old and new beasts and clash with Grindelwald's army of loyal followers.

The stakes are high and Dumbledore along with Scamander must keep an eye on for enemies who seem to be lurking around in every corner. 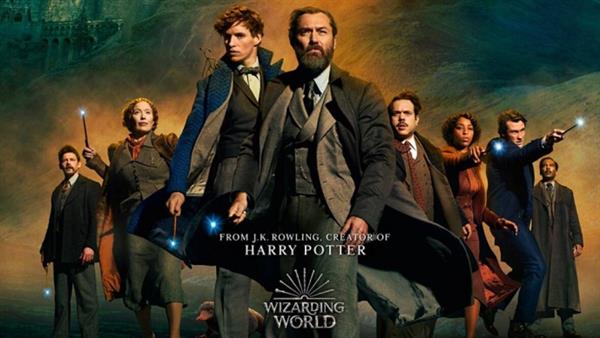 Unlike the previous two movies in the Fantastic Beasts series, Secrets Of Dumbledore stays true to its Harry Potter universe. The film is firmly rooted to its relevancy when it comes to Harry Potter such as  a German spider fashioned after ‘ Aragog’ who as we know helped and yet turned menacing for Harry and Ron in book two. The third movie is darker than anything you have seen in this franchisee, yet it somehow feels like this is the last attempt by Rowling and Yates to keep the legacy of Harry Potter alive. Set in the 1930s, amidst the backdrop of World War, the wizarding world too is facing a war of its own in the form of a dictator – Gellert Grindelwald, a wizard who is supposed to be even more dangerous than Voldemort himself. This time around, our hero Newt Scamander who carried the previous two movies on his back has to take step back and let Dumbledore take over. This movie is primarily focused on Dumbledore’s life which as we know has been fascinating from the get go.

While, the Potter heads might love this film owing to several references to the original films and books, as a standalone the movie lacks depth and at times feels like the references are being fed forcefully to the audiences. The graphics, the CGI and the production are no doubt excellent, but the story in parts feels too jarred. It might be too ambitious to say that perhaps, this is the most intriguing film in the Fantastic Beasts series as the previous movies failed to impress audiences. 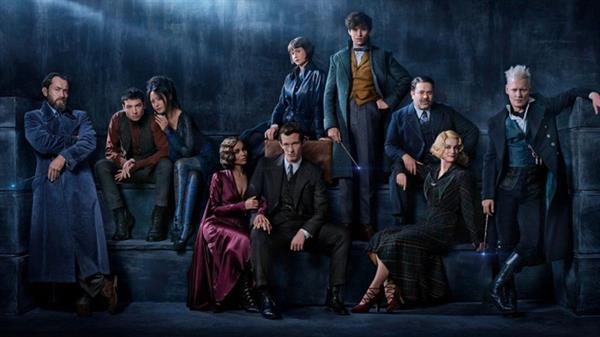 Whilst we see less of Eddie Redmayne as Newt Scamander, he is perfect for the role and he brings a lot of warmth to his eccentric character. Jude Law, however is the surprise element in this movie who outshines himself as the witty, calculative yet intelligent Albus Dumbledore. The role of Gellert Grindelwald played Mads Mikkelson is impactful and it doesn’t seem like the role was recast wrongly. He is simply amazing as the menacing wizard Grindelwald. This movie also has a wide array of interesting characters played by Ezra Miller who plays Credence, Muggle Jacob Kowalksi played by Dan Fogler is fun to watch as a regular baker who is coming to terms with knowing about the wizard world.

Jessica Williams plays Lally Hicks, a teacher at Ivernony School OfWitchkraft and Wizardry is another interesting character to watch out for.

The movie is a treat for the Harry Potter fans. For the rest of the audiences, this is yet another run-of-the-mill movie about wizards and witches and the triumph of good over evil. 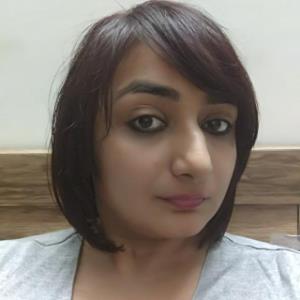 A film, cinema and a performing arts enthusiast. Loves fashion and brands and is perpetually curious about psychology, law and policy. tweets at FuschiaScribe More By Aparnna Hajirnis