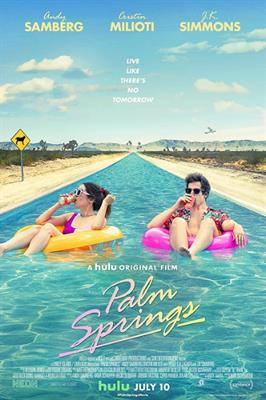 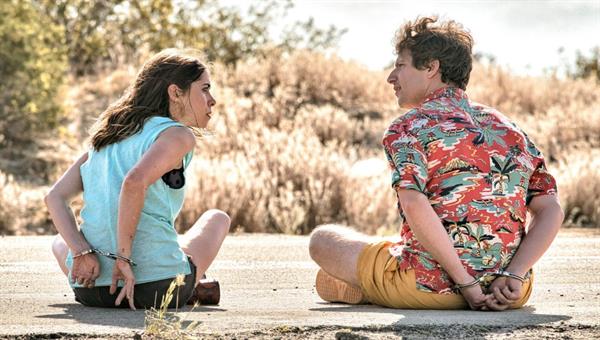 While stuck at a wedding in Palm Springs, Nyles (Andy Samberg) meets Sarah (CristinMilioti), the maid of honor and family black sheep. After he rescues her from a disastrous toast, Sarah becomes drawn to Nyles and his offbeat nihilism. But when their impromptu tryst is thwarted by a surreal interruption, Sarah must join Nyles in embracing the idea that nothing really matters, and they begin wreaking spirited havoc on the wedding celebration. 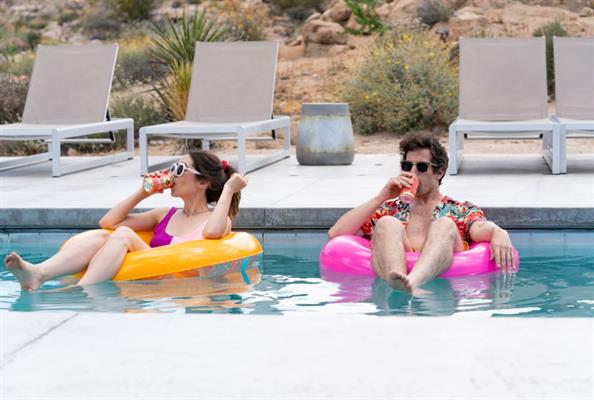 Picture this – you are with a stranger at a wedding night, you both are the odd person out in that gathering, you both start having liking towards each other and bang… you wake up the next day and the stranger is confronting you and asking what really happened last night. You and the stranger (not now obviously) then indulge in a weird crazy but life changing time travel that gradually erases the memories of the past. A point arises where you feel the present, the past and the future is the same. As Nyles (Andy Samberg) says, “Today, yesterday, tomorrow. It’s all the same.”

The story by Andy Siara and Max Barbakow especially the plotline involving that weird time travel may sound bizarre when you hear. However the engrossing screenplay throughout by Andy Siara comes with a constant check on not to end up as a ultra modern cool take on love, life and relationship makes Palm Springs a unique, cut above, modern rom com classic.

Director Max Barbakow along with writer Andy Siara travel on the familiar route a badass woman, a lover boy whose love life is a practical joke, a man who has crossed the fifty marks in age is battling his monotonous mundane vows of his married life. These three individuals whose, “Today, yesterday, tomorrow” is so routine and same attend a wedding, get intimate and then enter a bizarre cave and their routine gets a twist.

Memories of Harold Ramis Groundhog Day, Michel Gondry’s Eternal Sunshine of the Spotless Mind is bound to flash and the fresh, witty and playful escapades of Nyles and Sarah will serve as a tribute to Judd Mann Apatow amd/or Seth Rogen’s characters/idea/situations.

Whatever is the inspiration but the fact remains that Palm Spring is not just a fresh breeze of air in the rom com genre it’s a wakeup call, a breakthrough, an awakening.

Also Read :OSCAR WINNER ANOTHER ROUND MOVIE REVIEW: CHEERS TO THE MOST ‘SPIRITED’ CINEMATIC JOY OF THE YEAR!!

Performances of actors in Palm Springs 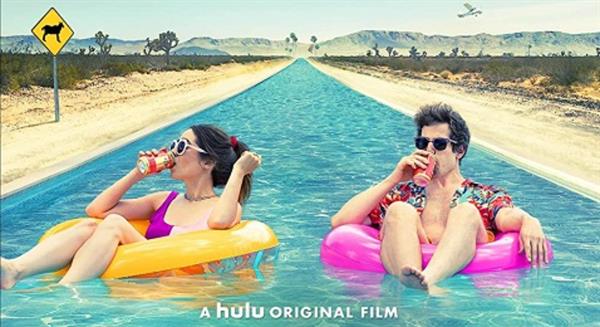 Cristin Milioti as Sarah is the live wire and she excels. 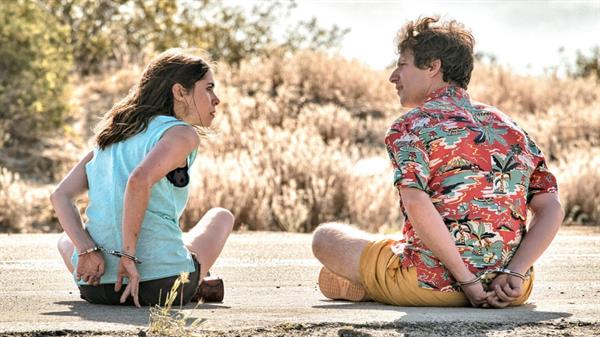