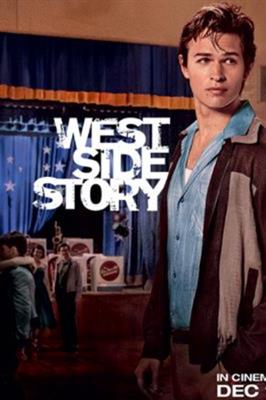 Let’s get the facts out of the way first: Ansel Elgort, who plays Ram…Erm Romeo - I mean Tony - is a very beautiful young man. You will love the way Shakespeare bhaiyya predicted he will climb on to his Leela’s balcony. You will be taken aback at how this lover boy of West Manhattan punches in anger. 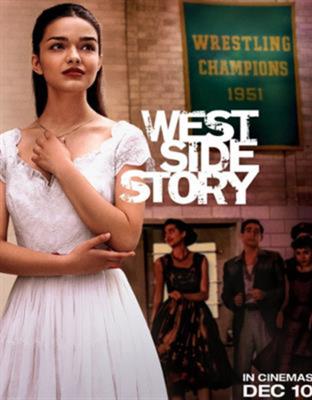 Leela, or as they call her in this movie, Maria (Rachel Zegler), wears the prettiest underclothes. And she sings high notes too.

The setting is stunning. The area is being ‘Gentrified’. The mostly Puerto Rican immigrants are living under the shadow of the wrecking ball. They are happy, gareeb, and grateful to be in the big city that gives them an opportunity to be ‘free to wait tables and shine shoes’ in a city where ‘Cadillacs zoom (in America), Industries boom (in America)’ and though they live ‘twelve to a room’ … Stephen Sondheim really created the spirit of America which is true even to this day: Life is all right in America/ If you’re all white in America.’ The young are restless because they’re jobless and aimless…

I mean Steven Spielberg had one job: to make us believe Tony and Maria fell in love at first sight. It’s a trope as ancient as the hills.

Hollywood even called it ‘meet cute’. Eli Walach in the film The Holiday gave us gyan about it. In this film too, the setting of the dance is perfect. Anita and Bernando, Riff and Grazia and yes, the entire school auditorium is filled with swirling skirts and spiffed up lads doing the cha cha. But…

We grew up on ‘love at first sight’ that Bollywood fed us also. So it was tough to suddenly see a supposedly sanskari Maria kiss Tony behind the bleachers. He is taken aback also, ‘You took me by surprise, that’s all.’

Abbey! Where is the magic? That interminable eye contact when Leela draws a gun at Ram who’s got a gun shaped pichkari at holi in Goliyon ki Raasleela?

That stalker moment in Raanjhanaa where Dhanush watches ‘his girl’ dance from afar with pure madness? Even Sairaat showed you what love did to the young jobless lad.

But here? There’s no drunk Veeru climbing atop a water tank yelling ‘Mausiji!’, not even the pure joy of being alive like Audrey Hepburn riding that appropriated Vespa with Gregory Peck in Roman Holiday…

If Tony and Maria’s love pulls the delicately balanced life of the White Irish immigrants and the Puerto Ricans, then I need to see more of the love that disrupts this balance, no?

Don’t get me wrong, I loved the song for Maria: ‘Say it loud and there’s music playing/ Say it soft and it’s like praying’ I loved the contrast of his white shirt against the darkness of the night… Then why do I want to hear the madness of Shammi Kapoor singing, ‘Kaun yeh aaya mehfil mein/ Bijli si chamki dil mein/ Ujla mukhda kala til/ Honth gulabi jaise dil… O meri Neeta!’

If I were Neeta’s daddy, I would set my killer dogs on him. There was more chemistry between Roy Scheider’s Martin Brody and Bruce the shark in Steven Spielberg’s Jaws for gawdsaakes!

Supporting cast like Ariana DeBose, Rita Moreno and Mike Faist are way better than the headliners… 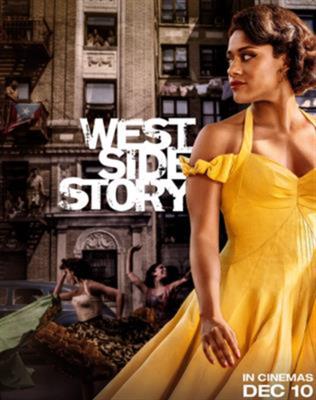 Rita Moreno who played Anita in the Oscar award winning version of the film gets to sing ‘Somewhere’ as Valentina in the film. My mask was useless because it was saturated with tears. The song is sadder in the film, than its lyrics.

You’d have to be dense to miss the yearning and hope. Speaking of hope, young Riff outshone everyone else among the young ‘uns.

Mike Faist as Riff is not just a wonderful actor, but boy, can he dance! And yes, whatever I can write about the incredible Ariana DeBose who plays Anita will be inadequate.

She dances like dance makes her happy, she sings like a dream, and has so much sass, this film cannot contain it.

It’s like Steven Spielberg made a remake of Maine Pyar Kiya where Simi outshines Suman, and your hearts bleed for Jeevan.

Perhaps he remade Sholay where you end up liking, ‘Yeh angrez log jaate kahan hain?’ and forget all other dialog. Whaa?

Watch it because of Sondheim’s humongous talent. Watch it because the supporting cast is brilliant. But it looks like Steven Spielberg failed the chemistry test in this one.