The Kingsman movie review: What a super cool villain Ra- Ra- Rasputin turns out to be! 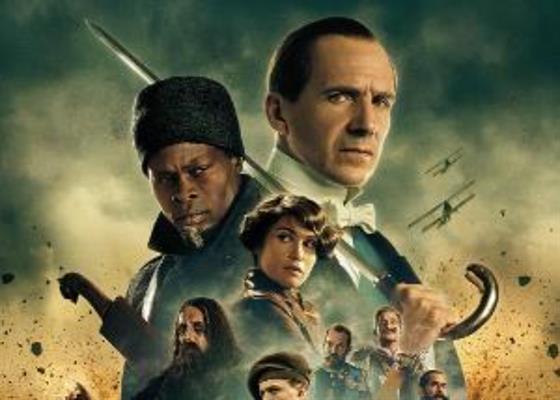 The Kingsman movie review: What a super cool villain Ra- Ra- Rasputin turns out to be!

What: This is an unusual origin story of a spy agency, and a wonderful one it is too. But it’s rare, very rare to actually watch with your mouth open (under the mask, of course!) in surprise and say, ‘Wah! Kya villain hai!’

Kingsman is a spy agency, started after the first world war in London. And you have loved the earlier films with Colin Firth as Harry Hart and all the cool gadgets that help in fighting the baddies. What we get to know is that the spy agency was created to help stop any future wars, because wars as we all know them, are horrendous for the people.

The handsome Ralph Fiennes promises his dying wife that he will shelter their son from all wars. He retires to his Dukedom in Oxford, England and helps educate his little son. But World War 2 is on the horizon and England is already involved fighting what looks like a lost war in Europe, with the Nazis marching all over Europe. The Duke’s young son has enlisted despite his dad’s effort to keep him away from combat. He tricks his way to the front and gets into real danger by impersonating a young soldier. The young soldier shows up at the Duke’s home with the news that his son is no more.

After all, the heads of state of most European countries were mostly cousins by marriage, and they were all marrying one another’s sons and daughters.

Who benefits from keeping Europe in a state of war? This is where the Kingsman agency comes in. They figure out that shadowy figure called the Shepherd is responsible for wars and assassinations everywhere. The shepherd’s agents wear rings that bind them together.

This film has such cool action scenes even though the gadgetry of Kingsmen has not really taken off. The war where the Duke’s son participates will fill your hearts too with fear and horror of war. And that’s why you will appreciate the work of the network of spies that keeps countries from going to war. And that’s a good thing, right?

I loved the action scenes with Ralph Fiennes and Shola, but the coolest villain turns out to be Rasputin (Rhys Ifans)!.

The fight sequence is jaw droopingly good and even though you are awed by Rasputin’s capacity of ingesting poison, you will love the culmination. What does Rasputin have to do with this spy agency? Watch the film and find out!

The anti- war message of this film is not subtle at all. Many critics have hated this film in the West, but the message of non violence resonates with us. Especially because Indians have a tradition of sending sons to fight for our nation, and when sons are lost protecting the border, we carry it as a badge of honour. This is an unusual origin story of a spy agency and you’ll love it!