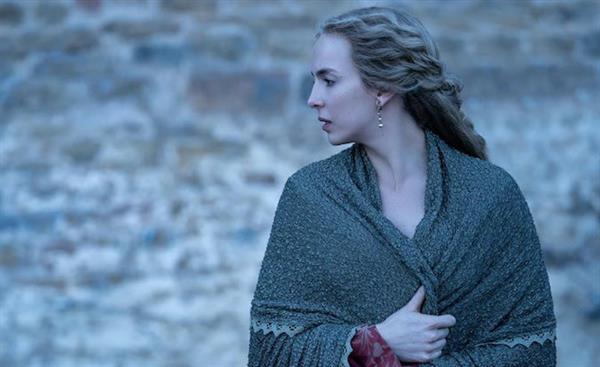 What: Set in the brutish and bloody France during the 14 century, Director Ridley Scott (Gladiator) is in command in his Roshomon inspired tribute in the on screen adaptation of Eric Jager’s 2004 book, “The Last Duel: A True Story of Crime, Scandal, and Trial by Combat in Medieval France,”.

Jean de Carrouges is a respected knight known for his bravery and skill on the battlefield. Le Gris is a Norman squire whose intelligence and eloquence make him one of the most admired nobles in court. When Jean de Carrouges  wife, Marguerite (Jodie Comer ) is viciously assaulted by Le Gris, a charge he denies, she refuses to stay silent, stepping forward to accuse her attacker, an act of bravery and defiance that puts her life in jeopardy. The ensuing trial by combat, a grueling duel to the death, places the fate of all three in God's hands.

Told as a satisfying tribute to the master of Asian cinema Akira Kurosava’s masterpiece Roshomon, The Last Duel is narrated in three sections.

Same event different perspectives from different characters (Drishyam is bound to flash in the mind of the audience in this part of the world).

Matt Damon and Ben Affleck, who had co-written the script and starred in the movie after theior similar collaboration in the 1998 Oscar winner Good Will Hunting are successful in highlighting the women point of view thanks to the contributions of Nicole Holofcener.

I don’t want to spoil the interest of the audience who wish to see so won’t talk about the versions in this review.

Coming back to the writing, Matt Damon and Ben Affleck give us an engaging epic that has all the requirements of a spectacle. Ridley Scott has found his touch in his turf and seems to be enjoying it.

Matt Damon is amazingly effortless and looks at ease.

Jodie Comer is the driving force the one who controls the story and its moves. The actress gets a solid character to play and she gives Marguerite all the power she requires as an actress.

But Adam Driver is class apart as Le Gris. He is just brilliant. Adam Driver stays through you after the movie.

Ben Affleck looks different and he does his part with complete dedication.

Ridley Scott invites you; Jodie Comer guides you and Adam Driver excites you till the very end and even after in this spectacular action packed big screen spectacle.