Top Gun Maverick: A showboat for a Megastar 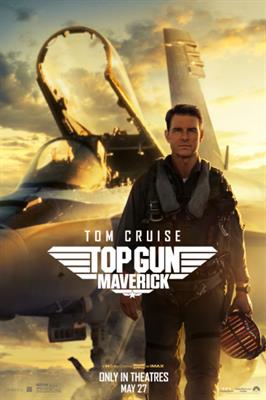 Top Gun Tom Cruise aka Pete Mitchell dons his aviation jacket 35 years after he last did so. After being on the fringes of the Navy as a test pilot and despite having lasted just two months as an instructor (30 years ago), he’s reassigned to the elite Fighter Weapons School/Top Gun Academy(established in 1969 in San Diego), to train the top 1 percent of Naval aviators.
Neither Cain nor “Cyclone” (Jon Hamm), wanted him for the job but Maverick’s former wingman Iceman (Val Kilmer), was convinced he was the only man who could prepare pilots for a top-secret suicide mission. The mission itself is never kosher because we never get to know the name of the enemy country and what exactly is USA’s imperative need to bomb the uranium plant.
Scriptwriters Ehren Kruger, Eric Warren Singer, and Christopher McQuarrie use Peter Craig and Justin Marks’ original story as a bulwark for a fresh outpouring. Every frame here pays rich tribute to Cruise’s mega stardom. And before you can get caught-up in the awesome array of fighter planes on display, the writers pull you down to the nitty-gritty by declaring ‘It’s not the plane, it’s the Pilot that matters.’
So the focus never shifts from Tom Cruise’s Maverick Mitchell. His issues with potential recruit Lt. Bradley “Rooster” Bradshaw (Miles Teller), are linked to dearly departed “Goose,” whose accidental death still haunts Maverick.    Kelly McGillis’ civilian Top Gun instructor Charlie, doesn’t rate a mention here. Instead, Maverick is shown sparking up an old romance with Penny (Jennifer Connelly), a single mom who runs a local bar —The Hard Deck.
Slow burning, intermittently turbulent and sexy, Joseph Kosinski’s narrative makes human connection the centerpiece of this aviation-high-drama. Bromance, romance and recognition of individual brilliance embellish the patriotic egotism that fuels this ‘crazy mission’ driven sequel fashioned on the lines of an old-school action movie with the best hi-end movie making tech specs achievable.
This logic defying stunt-show is put together with some virtuoso technical skill producing propulsive edge-of-your-seat flying sequences in abundance. The cast contribute memorable moments and that includes Ed Harris, Glen Powell, Greg Tarzan Davis, Jay Ellis, Danny Ramirez, Monica Barbaro, Lewis Pullman, and the leads.
The onscreen chemistry between characters is captured beautifully by Claudio Miranda’s inveigling camerawork. Harold Faltermeyer’s original score gets due homage in Hans Zimmer and Lorne Balfe’s additions.

The nuts-and-bolts instruction-manual-like buildup leads to a mission in which thrilling action, insuperable setbacks and unbelievable saves keep the audience in high- tension mode all the way to the climax. This movie may not seem all too logical but it sure can get you flying high!