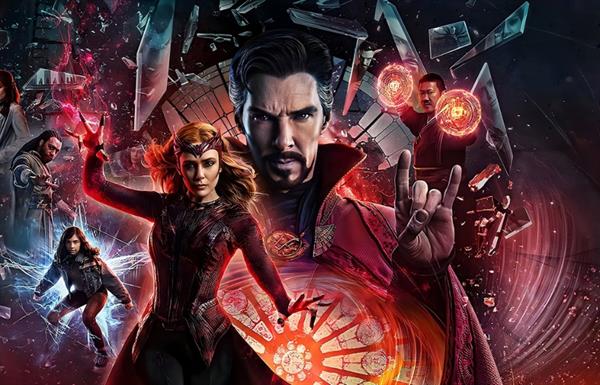 Pushing its boundaries in ways that were never conceived before, Marvel Studios is bringing you the most terrific return of Marvel Cinematic Universe’s (MCU) good doctor in Doctor Strange In The Multiverse Of Madness, exclusively on Disney+ Hotstar today. Directed by Sam Raimi, the film is a sequel to 2016’s Doctor Strange, which introduced Benedict Cumberbatch as Stephen Strange aka Doctor Strange.
In the film, Doctor Strange’s new adventure begins when Cumberbatch meets America Chavez (Xochitl Gómez), a unique teenager who can open doorways from one universe to the other. What follows is a wild, mind-blowing adventure that sends Doctor Strange and his allies on a dangerous journey to alternate universes in the Multiverse.
After the events of Avengers: Infinity War, Avengers: Endgame and Spider-Man: No Way Home, Doctor Stephen Strange is Earth’s mightiest sorcerer reckoning with his lonely place in the Multiverse. Returning as Doctor Strange, Benedict Cumberbatch explained that this time his character is in a “secure, all-knowing, almost omnipotent place at the beginning of the film.”
However, Doctor Strange begins to realize from his experience in the Multiverse, and the various versions of him in the Multiverse, how much of a pattern of behaviour he carries. “It’s a kind of imprint, an identification of who Doctor Stephen Strange is in any universe and what the dangers of that character are,” said Cumberbatch. “Is he going to be the hero to his enemy or the enemy to his hero? Who is our Doctor Strange in the Multiverse? He’s literally coming up against versions of himself to figure that out while trying to help this girl, America Chavez, stay alive because of the great power she has to portal through the Multiverse,” he added.
While playing different versions of  Doctor Strange was exciting for Cumberbatch, he also admitted that it was challenging. “I literally have one scene with another version of myself, a very crucial scene near the end, where we meet Sinister Strange, as we nicknamed him. It’s complicated. It’s hard. It’s a very odd day at the office. You’re working with somebody else’s stand-in or a stunt double. And you’re having to remember your performance even though you’re using them as a sort of marker for where they are, where you were. It’s very odd. But it’s something through the post and everything else that we’ve managed to finesse and get right. And it’s fun,” said Cumberbatch.
Along with Benedict Cumberbatch and Xochitl Gomez, Doctor Strange In The Multiverse Of Madness features an ensemble cast including  Elizabeth Olsen, Chiwetel Ejiofor, Benedict Wong, Sheila Atim, Adam Hugill with Michael Stühlbarg and Rachel McAdams.
Tags : Doctor Strange In Th Doctor Strange Benedict Cumberbatch