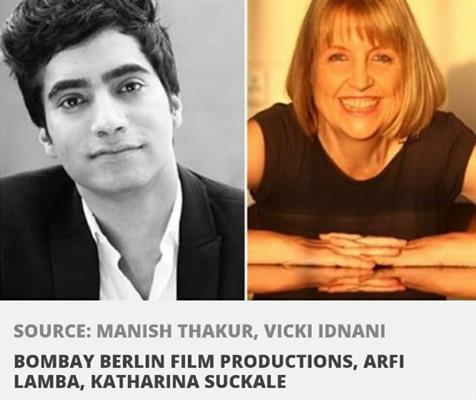 Cannes, 2022: While India is being celebrated at Cannes 2022 and the festival sees a huge contingent of Indian filmmakers, actors and producers partake in the annual Gala, Bombay and Berlin based production house Bombay Berlin Film Production continues to create a mark at the Festival held in the French Riviera.
The company announced the development of their upcoming international co-production feature based on the life of the Olympic athlete Otto Peltzer. The film, written by James Pout, tells the story of the Olympian and world-record holding runner, who survived the concentration camps of the 1940s but was subsequently refused dignity of life as he turned to coaching in post-war Germany and was persecuted for being openly gay by the German Sports Association. His struggles led him to India, where he trained the Indian athletics running team, and in doing so, he found his redemption and a new life.
The second project announced also included  ´A Life A Rose´, a female-led gay love story set in contemporary Paris with flashbacks to 1960s Calcutta. The film is set to be an Indo-French Co-Production and is written by Kaushik Ray.
If that weren’t all, the company announced an exclusive global distribution deal with Mubi for their Shanghai International Film Festival and Tallinn Black Nights selected the film Trijya (Radius) directed by Akshay Indikar and produced along with Chitrakathi Nirmitee. Trijya has also won President’s Medal and Maharashtra State Award for Sound Design.
Speaking about the announcements in Cannes, Founder and Actor-Producer, Bombay Berlin, Arfi Laamba said “Both Katharina and me have always believed that stories that have an India connect are those that are a need of the hour. We are excited with being able to back these stories that need to be told. Also, with India announcing Co_production fund and rebates, we are looking to be active partners in international projects and service international productions in this beautiful country which has a lot to offer in terms of locations and rich cultural and historical backdrop, along with ultra modern cities.”
“The deal with Mubi for Trijya is extremely exciting, especially because this would enable the world to see such a special and wonderful film. This is a true celebration that Indian Cinema and stories with an Indian connect have a world audience” added, founder Katharina Suckale.
Bombay Berlin Film Production is also credited with producing the critically acclaimed Loev directed by Sudanshu Saria and the award winning film, The Road to Mandalay directed by Midi Z.
Tags : Cannes 2022