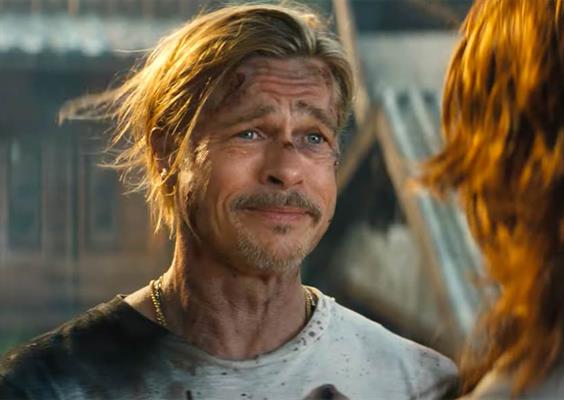 An enthralling adaptation of the internationally best-selling book, Bullet Train (aka Maria Beetle) by Kōtarō Isaka, the movie will feature an all-star cast comprising Brad Pitt in the lead, along with headlining actors Joey King, Aaron Taylor-Johnson, Brian Tyree Henry, Michael Shannon, Andrew Koji, Bad Bunny, Hiroyuki Sanada and Sandra Bullock.
In Bullet Train, Brad Pitt stars as Ladybug, an unlucky assassin on a collision course with lethal adversaries from around the globe – all with connected, yet conflicting, objectives – on the world's fastest train...and he's got to figure out how to get off. After all, the end of the line is only the beginning (in a wild, thrilling ride through modern-day Japan)!
David Leitch of Deadpool 2 fame keeps the high-octane movie trailer interesting with action-packed scenes and exhilarating chase sequences as the star cast appears hot on each other’s heels within the confines of the world’s fastest train!