“Khan is Great!” Doctor Strange aka Benedict Cumberbatch says SRK is the best bet to be part of the MCU! 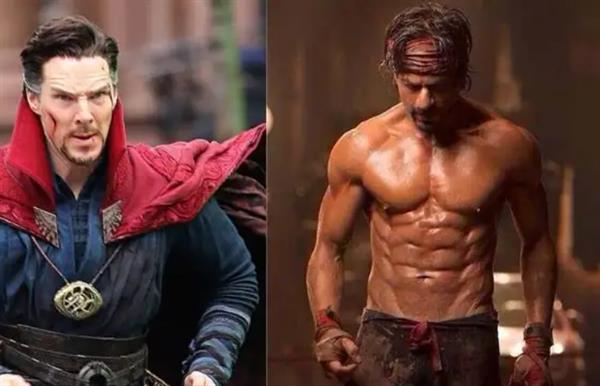 Most beloved Avenger and the 'Doctor Strange' star Benedict Cumberbatch says our very own Baadshah Shah Rukh Khan is the best choice to feature in the Marvel Cinematic Universe (MCU).
The hugely awaited film will release in English, Hindi, Tamil, Telugu, Kannada and Malayalam on May 6, and has already collected over Rs 20 crore in pre-sale booking in the country, according to distributors. While promoting the film Benedict Cumberbatch revealed his intense love for India and his admiration for Shah Rukh Khan!
When asked during an interview about which Indian actor he believes can be part of the MCU, he asked for options and when suggested the names of Shah Rukh Khan and Hrithik Roshan, he said, “Khan is great.”
The actor also fondly remembers his six-month-long stay in India.
"I love your country, I love your culture and cultures. It feels like I was there almost a lifetime ago, in my late teens for six months of teaching, exploring and traveling as well. I'd love to have an excuse to come back and if that's to interact with the first Indian superhero, bring it on," Cumberbatch said in the interview
He also spoke about the huge popularity Marvel films enjoy in India and hopes to deliver another entertainer with the much-awaited sequel.
“It's very exciting to know the level of anticipation there is with pre-sales. I'm hugely grateful to my fans in India for supporting me throughout my career. I hope (this film also does well), but I'm not taking anything for granted,” Cumberbatch said.
Doctor Strange in The Multiverse of Madness in theatres in English, Hindi, Tamil, Telugu, Kannada and Malayalam on May 6, 2022.