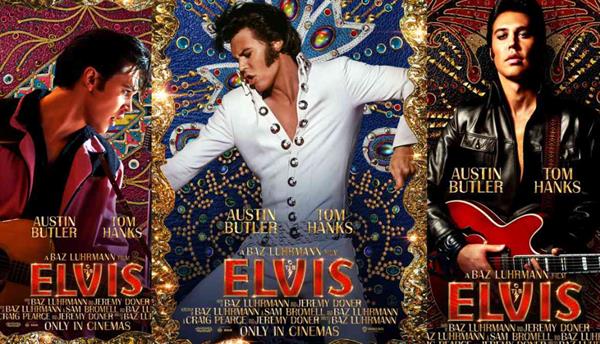 Elvis is an upcoming biographical musical drama about Elvis Presley directed by Baz Luhrmann. Screenplay is written by Baz Luhrmann, Sam Bromell, Craig Pearce and Jeremy Doner.
The first look poster of Baz Luhrmann's Elvis based on the legendary king of rock’n’roll Elvis Presley is out and it stars Austin Butler is a true charmer in this iconic retro look. The film that also stars Tom Hanks is set for June 24 India release.
Check out the posters below.