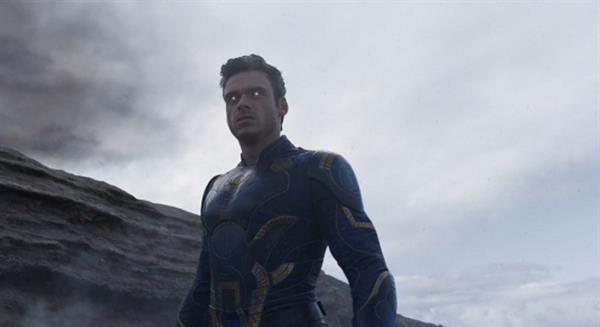 Shooting on location was a positive experience for Madden, who says, “It was great to be able to actually shoot on location rather than shoot on a lot of green screens or blue screens. We’ve got these great sequences on black sand beaches and volcanic islands. We shot in the streets of London. We shot in forests and woods. All of that really helps make this movie more grounded in reality than just if we’d purely shot it all in a studio.”

The film is produced by Kevin Feige and Nate Moore, and directed by Chloé Zhao, who won this year’s best director Academy Award for “Nomadland.” Joining the MCU for the very first time is actor Richard Madden, after a successful outing in Game Of Thrones. He plays Ikaris who is a fighter, and he has supreme power and incredible strength. His cosmic energy allows him to fly and blast powerful beams from his eyes.