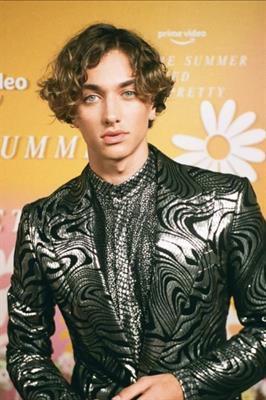 Amazon Prime Video’s fun and breezy latest young adult show The Summer I Turned Pretty is making hearts flutter all around the globe. This summer romance has all the elements of a perfect beachy getaway, and characters who will relate to you. The story revolves around the life of sixteen-year old Belly, who spends her summers at Cousins Beach along with her mother (Laurel). They have a gala time with Susannah (Laurel’s best friend), playing host with her two sons Conrad and Jeremiah. Filled with drama, revelations, romance and self-discovery in the mix, this coming-of-age series is the perfect blend of all things summer.
The reason why viewers got the true summer vibe from the seven-episode long show was because the shooting of the series was nothing less than a summer camp for the cast! Talking about all the fun the cast of the show had on the set, Gavin Casalegno, who plays Jeremiah, shared, "It was probably one of the most eventful summers I think I've ever had in my life. It was just so much fun. Literally everyday was like us figuring out some kind of summer activity to do together, whether it be barbeques, beach, surf lessons, volleyball lessons, you know it was the perfect summer for us, and Jenny was our camp counsellor!"
Jenny Han, writer and creator of the show, brought in more diversity in the characters as compared to the books from which they were originally adapted, and highlighted issues that matter to today’s society. Gavin also shares his feelings on being a part of such a progressive change in the script of the show, "I am honoured to bring that change to the screen and I feel that it was a well needed change. And I love that Jenny was able to bring her writing, just more to relate to the world we're in today and I think that was so important of her to do that. And honestly I'm just honoured to be a part of the change and diversity in the film."
You can binge-watch the show exclusively on Amazon Prime Video. With Lola Tung, Christopher Briney, Gavin Casalegno, Jackie Chung and Rachel Blanchard playing pivotal roles, the show has already been renewed for a second season!
Tags : Amazon Prime Video Gavin Casalegno