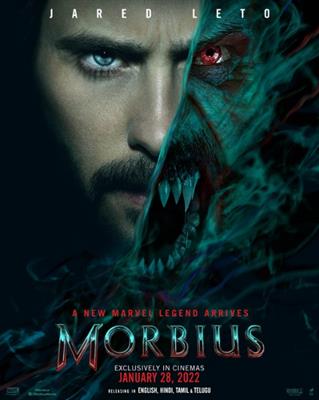 Is he here to save the world or destroy it? Watch Dr. Michael Morbius and his sinister alter-ego in this exclusive scene and new poster.

Morbius is an upcoming American superhero film based on the Marvel Comics character Morbius, the Living Vampire, produced by Columbia Pictures in association with Marvel.