The Woman King's world premiere at Toronto International Film Festival was all love and glory! 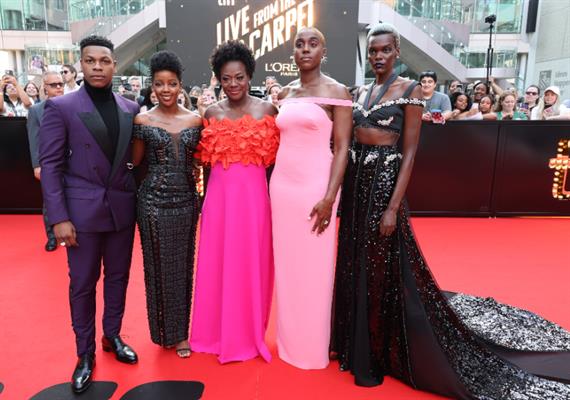 THE WOMAN KING had its World Premiere at the Toronto International Film Festival and has been one of the most celebrated and talked about films, this festival.
Walking the red-carpet were the power packed women of the film Viola Davis, Lashana Lynch, Sheila Atim,Thuso Mbedu, director Gina Prince-Bythewood and John Boyega.
Touted to be one of the Oscar worthy films this year, The Woman King is a remarkable story of the Agojie, the all-female unit of warriors who protected the African Kingdom of Dahomey in the 1800s with skills and a fierceness unlike anything the world has ever seen. Inspired by true events,
The Woman King follows the emotionally epic journey of General Nanisca (Oscar®-winner Viola Davis) as she trains the next generation of recruits and readies them for battle against an enemy determined to destroy their way of life. Some things are worth fighting for.
The film has received rave reviews at the festiva, with immense love and appreciation for Viola Davis.
Sony Pictures Entertainment India releases 'The Woman King' on 5th October, 2022 in English and Tamil.
Tags : The Woman King's