“This is an aspirational story. It’s almost like a fairy tale,” says Billy Porter about his upcoming film Anything’s Possible on Prime Video 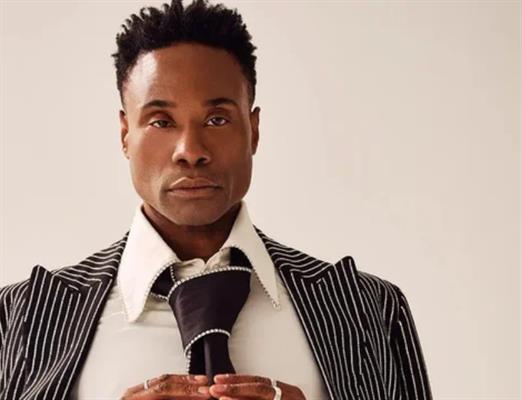 Emmy-winning actor, Billy Porter, is stepping behind the camera to make his feature film directorial debut with Anything’s Possible. The upcoming movie is a John Hughes-esque coming-of-age dramedy that revolves around the life of trans high-school senior Kelsa (Eva Reign), who is navigating her first boyfriend, Khal (Abubakr Ali), friendship and family life with her single mom (Renée Elise Goldsberry).
Speaking about the impact that the film has on his life, Billy Porter says, “I was so moved by the story, the uniqueness of the storytelling, and what it represented. It was perfect for all of who I am, and what I want to say as an artist. I was really blessed with this one. I had everybody I’ve wanted on the team, and I think that shows in the product.
Ain’t nobody gonna come save you but yourself. We have to do it ourselves. Our hope, our light has to come from within. Once we do that, nothing can stop us. And when dreams come true, you jump on it. “
In addition to celebrating the premiere of Anything’s Possible at Outfest, Billy Porter also received the organisation’s Achievement Award, honouring his ground-breaking contributions to LGBTQ+ activism and art. “It’s just full circle for me,” he says of the award.
“Twenty-two years ago was the first and last time I was at Outfest, with Greg Berlanti’s The Broken Hearts Club, and that was when the dream was hatched for me to be a filmmaker myself. I was just a little musical theatre baby, [and] here I am 22 years later with all of the dreams coming true, and it’s just magical.
I am grateful to have this kind of voice. The film is set to be released on Prime Video on July 22. Until then you can catch a glimpse of the heart-warming film below:
Tags : Billy Porter