Thor Love and Thunder teaser out 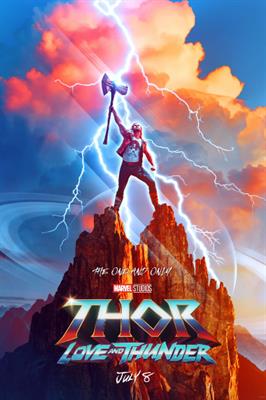 About Thor: Love And Thunder* The first glimpse will be offering long-awaited clues to what’s in store for the God of Thunder. The film finds Thor (Chris Hemsworth) on a journey unlike anything he’s ever faced – a quest for inner peace. But his retirement is interrupted by a galactic killer known as Gorr the God Butcher (Christian Bale), who seeks the extinction of the gods.

Together, they embark upon a harrowing cosmic adventure to uncover the mystery of the God Butcher’s vengeance and stop him before it’s too late. Directed by Waititi (“Thor: Ragnarok,” “Jojo Rabbit”) and produced by Kevin Feige and Brad Winderbaum.