Uncharted: Tom Holland is gears up for his adventure 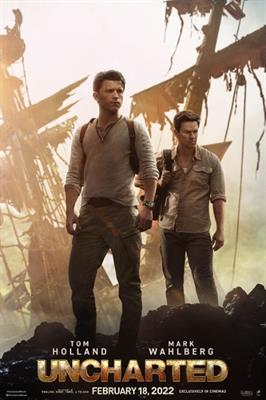 Our favorite Spidey Tom Holland is all set for his next adventure with with co-star Mark Walberg in the film 'Uncharted’.

Taking to their official social media handle, Sony Pictures IN shared a new poster of the movie to announce the release date of the action flick.

They also announced that the film will be released in two Indian regional languages namely Tamil and Telugu. The caption read, ''The race for the greatest treasure never found begins in #UnchartedMovie, starring @TomHolland2013 and @MarkWahlberg, exclusively in movie theatres on February 18. Releasing in English, Hindi, Tamil and Telugu.''

Directed by Ruben Fleischer and written by Rafe Judkins, Art Marcum, and Matt Holloway, the story revolves around Nate and Sully embarking on a journey together in the pursuit of a treasure.

Antonio Banderas will be seen playing the role of the antagonist a rival treasure hunter.

Actors Sophia Ali and Tati Gabrielle will also be seen playing significant roles in the film.