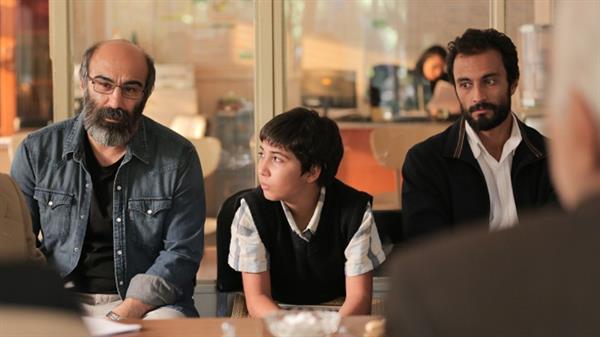 What: A Hero review (Persian: Ghahreman) - Asghar Farhadi - one of the finest directors from Iran delivers yet another brilliant film

They say na, ‘Bhalai ka zamana hi nahi raha hai!’? That’s the premise of this wonderful little film from the famous Iranian director Asghar Farhadi who has made the Oscar winning film A Separation.

Rahim Soltan  (Amir Jadidi) has received two days off from the prison to try and return the money he owes to Bahram (Mohsen Tanabandeh), his creditor who put him in prison for just that reason. The prison authorities know that his story is right - that he started a business and his partner ran away with all the money. He is a painter and a calligrapher, and generally a mild mannered man.

When Rahim comes home with his brother in law, his sister and her kids, and his son welcome him. His son has a speech problem and goes to special school to improve on his stutter. Rahim has a girlfriend Farkondeh (Sahar Goldoos) who works at his son’s school. When they meet, she gives him a bag she has found. It contains gold coins.

If they can sell the coins, they will be able to pay off half of Rahim’s debt and he could then come out of prison, and work to pay off the debt.

But Rahim cannot go through with it. He tries to return the bag. A helpful bank manager helps to create a poster which he posts everywhere. He returns the bag via his sister to the lady who seems to be in distress for losing the bag. But since he has given the prison’s number on the poster, the people in charge of the prison decide to take advantage of the situation and paint him as a good Samaritan.

Now you have seen pictures of rickshaw drivers who return everything from phones to bags of cash customers leave behind. The same publicity blitz happens around Rahim. The local TV crew, newspapers print his photo. A prisoner’s rehabilitation charity collects money for him and offers to pay off a part of the loan. The publicity shows Rahim as a good guy and the man who put him in prison, his creditor, is made to look bad. So he starts a rumor that Rahim is lying. Where is the woman who lost the bag? What is the proof?

Alas, social media that made Rahim into a hero, turns him into a villain in an instant. The story shows how good guys can be manipulated by people with vested interest, how vengeful people can hurt simpletons like Rahim by rumours… When the tables turn in favour of Rahim, you think he will take advantage of his family’s decency and his son’s disability, and accept that he tried to defraud the creditor to lessen the punishment. But Rahim truly turns out to be a hero. He asks a simple question: I did nothing wrong, then why should I accept that I lied?

The way people use social media to exploit simple folk is very well known to all of us. This film tells us what happens to victims in a ‘viral video’ which doesn’t tell the whole story. Is Rahim really a hero? Asghar Farhadi is a master storyteller. You feel bad for Rahim, but you cannot forget that he did many odd things to stay out of prison. Is he A Hero? You decide.

P.S. By the time we reviewed this film, Asghar Farhadi’s student who took him to court over her documentary class assignment which had the same story as A Hero has won her case of plagiarism. This fact does not change our reviewer’s opinion.