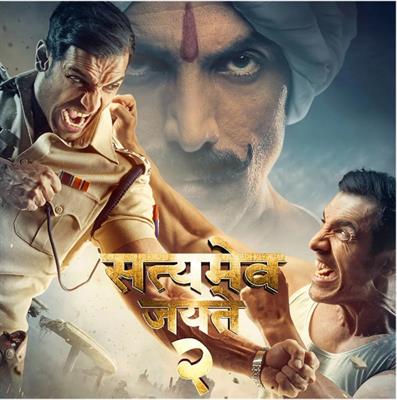 What: Satyamev Jayate 2 review starring John Abraham, John Abraham & John Abraham by director and writer Milap Milan Zaveri is a maddening insult to the mass cinema of yore given by masters like Manmohan Desai. This is not entertainment, its torturetainment and that too in triple proportions. 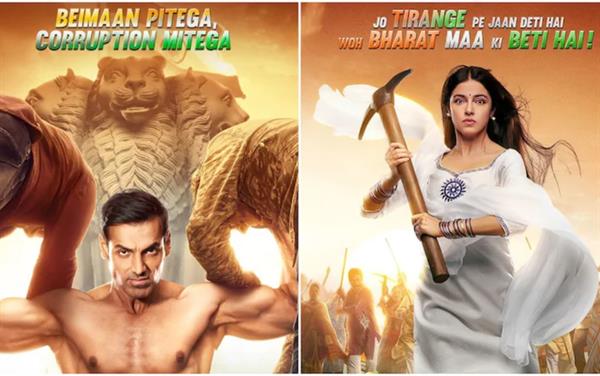 The movie finds the self-proclaimed flag bearer of mass cinema during this era - Milap Milan Zaveri at an extremely dangerous and over confident stage. Making John Abraham do what even Rajinikanth in his hey days and his meme makers of today may have dared to do. Milap Zaveri’s claims to be inspired by the genius of Manmohan Desai and Raj Kanwar (Jeet is one of his all-time most favourites) that inspired Marjaavaan. He told me this at a screening of Marjaavaan. I enjoyed Marjaavaan. I loved Jeet and I have cherished Satyamev Jayate in 2018 to a lot of extent.

Still, as a child born from life, grown on cinema (the mass ones of course) and later fed by cinema somewhat similar to Milap Zaveri, hated Satyamev Jayate 2 with full ‘force’.

Man, this is not ‘mass’ ‘masala’ my dear Milap Milan Zaveri, next time if you do this to the audience (your mass audience), they will quarantine you to the interiors of Borivali’s caves of Caveri forever. Please note the Borivali National Park has tigers.

You have cinema, then you have entertainment but this is torturetainment. Even after borrowing so much from Amar Akbar Anthony (the blood transfusion scene), Shahenshah, Nayak, Mother India (The famous Nargis scene with a change of gender and minus kids but with grand OTT overkill), the movie makes zero, absolutely zero impact.

Overenthusiasm or still not able to remove the late Dada Kondke in you which was instrumental in those raunchy sex comedies – Grand Masti, Kya Kool Hai Hum 3 etc.

Coming back to Satyamev Jayate 2 why so much of ear shattering, mind shattering, intolerable hullabaloo for everything happening on scene. The sound effects are so unnecessarily loud.

Why you want to punish your poor audience who has come to watch the movie taking Covid 19 precautions, they are already wearing a mask, you want them to wear ear buds as well. The government has opened theatres so that audience watch your ghatiya mass masala and turn deaf.

Then what will remain, turn a blind eye. Turning a blind eye to things happening that must have been the attitude while shooting this torture.

Do as you wish, the team has given a hit toh thopo,..phekho in the name of mass masala… hai ram kya kar daala. Ab Ishwar hi hai rakhwala…

Then you have John Abraham who is in extraordinary shape but fails to give any variety to his three avatars. No matter what era, what character John Abraham has the same singular expressions mostly throughout.

Then comes the re launch of Madamji - Divya Khosla Kumar. Clap clap. But no clap in her role as MLA Vidya Maurya Azad. A non-blinking disaster on screen. She hardly blinks. May be petrified by things that are happening but can’t raise her voice. Background jo ear phaad, screen phaad hai is dimaag phaad picture mein.

I end my review sorry rant here (sorry for being harsh but can’t help). Those who still want to watch Satyamev Jayate 2 I have only two humble advice

First to wear mask and take all necessary Covid 19 precautions

Second (this is tricky but is a must). Please do carry your brains inside the auditorium. Yes, normally we say leave your brains outside but here such is the level of ear phaad, screen phaad, dimaag phaad torture in the name of entertainment bole toh torturetainment.

You may not be in a position to find out which is your brain from those left by the bholi bhali junta like us who otherwise follow the practice of leaving their brain outside to enjoy the show.

Choosing a wrong brain may result in your faith in god having undesirable effects and going through a test.

Satyamev Jayate 2 is injurious to health, love for ‘masala’ & faith in god. Its time to have such warnings before the movie begins on screen.

Going with a generous 1, an extra 0.5 for the absurd loud OTT stupidity in the name of masala entertainment. There is originality in this grand absurdity and that requires a talent.