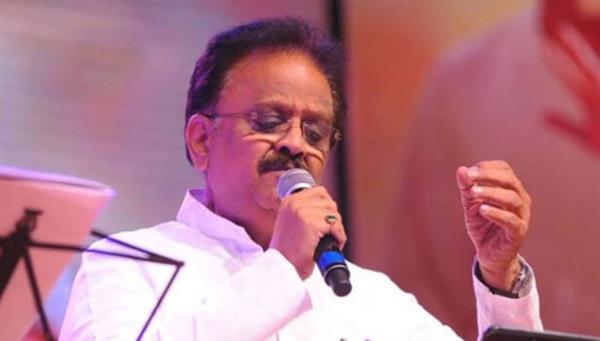 The legendary Indian musician, playback singer, music director, actor, dubbing artist and film producer S.P. Balasubrahmanyam  Sripathi Panditaradhyula, died today at 1:04 p.m. after battling COVID-19. S.P. Balasubrahmanyam was 74. The legendary SP Balasubrahmanyam aka S. P. B., or Balu, worked predominantly in Telugu, Tamil, Kannada, Hindi, and Malayalam films. He sung over 40,000 songs in 16 Indian languages and bagged six National Film Awards for Best Male Playback Singer for his works in four different languages; Kannada, Telugu, Tamil, and Hindi. Balasubrahmanyam also won 25 Andhra Pradesh state Nandi Awards for his works towards Telugu cinema, numerous other state awards from Karnataka and Tamil Nadu. In addition, he garnered the Filmfare Award, and six Filmfare Awards South. In 2012, he received the state NTR National Award for his contributions to Indian cinema. In 2016, he was honoured with the Indian Film Personality of the Year consisting of a Silver Peacock Medal. S.P. Balasubrahmanyam is a recipient of the Padma Shri (2001) and Padma Bhushan (2011) from the Government of India.

Check out the legendary singer’s most memorable Hindi solo songs.

This unforgettable gem by K. Balachander that launched the legendary Kamal Haasan (in Bollywood) and marked the debut of Rati Agnihotri and Madhavi had the master duo of Laxmikant–Pyarelal (LP) in its prime element. The Hindi remake of the director's own Telugu film ‘Maro Charitra’ (1978), was a musical "blockbuster" with its music still ruling the hearts of millions.

This life lesson soulfully rendered by SP Balasubrahmanyam and meaningfully written by Javed Akhtar with R.D. Burman’s beautiful melody is perfect for a quite evening.

The beginning of the awesome combo of S. P. Balasubrahmanyam and Salman Khan with this trendsetting musical romance. Raamlaxman’s melodic fusion and fine lyrics by Asad Bhopali and Dev Kohli makes this a favourite of many even today.

Not on everyone’s list but personal favourite of this author. The R.D. Burman composed number with soul stirring lyrics by Javed Akhtar added tremendous value to this Priyadarshan directed action drama starring Jackie Shroff ( one of his finest movies)

The deadly S.P. Balasubrahmanyam Salman Khan combo with the melody of the sensation of those times Nadeem-Shravan and soulful lyrics by Sameer makes your date.