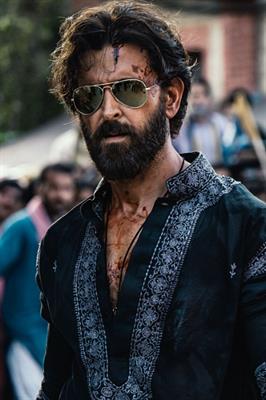 Hrithik Roshan – Bollywood’s most handsome, the Greek God and the best body dancer is also an actor par excellence.

Hrithik turns a year older today and to make his birthday more special, the makers of his most awaited Vikram Vedha, dropped the first look of his character Vedha. Showcasing the Indian super hero in a rugged, rough avatar.

On the occasion of Hrithik Roshan’s birthday, here we list the 8 wonders the actor has created on screen.

It all began around 22 years back when Rakesh Roshan launched his son Hrithik Roshan and actress, Ameesha Patel in this romantic musical thriller that made Hrithik an overnight sensation. His looks, his dance moves will remain a trademark/signature for ages. The "Millennial Superstar" was born.

The movie gave us the adorable Rohit (Hrithik Roshan), a developmentally disabled man who contacts an extraterrestrial being Jaadu. We all know how magic it was and the magic will remain forever. Koi... Mil Gaya was followed by two sequels Krrish and Krrish 3, the fourth installment is very much on cards as per reports.

The 2006 Indian Hindi-language action thriller heist film by Sanjay Gadhvi and produced by Aditya Chopra and Yash Chopra gave us the stylish, suave and terrific stealer – Hrithik Roshan as Mr A. the second installment in the Dhoom series that starred Abhishek Bachchan and Uday Chopra. Hrithik Roshan nailed it to perfection in his each and every get up in this super entertaining heist thriller.

The 2010 movie by Sanjay Leela Bhansali inspired from the 2004 Spanish film The Sea Inside - based on the real life story of a sailor Ramdon Sampredo.

The movie starred Hrithik Roshan as a paralyzed magician-turned-Radio jockey who files a petition in court seeking permission to end his life.

The movie co starring Aishwarya Rai introduced us to a very different intense Hrithik Roshan who surpassed himself as an actor.

Megastar Amitabh Bachchan’s persona as Vijay Chauhan is unbeatable. The 2012 remake of the 1990 cult classic by Mukul S. Anand was a daring step taken by Karan Johar and director Karan Malhotra.

Hrithik Roshan did stepped into the shoes but gave it own steps that brilliantly respected the aura of Amitabh Bachchan in Agneepath without touching (read imitating) it from anywhere.

Playing a blind man out for vengeance in this 2017 action thriller drama by Sanjay Gupta. Hrithik Roshan with his sheer brilliance made heads turn again and again.

Playing the revolutionary phenomenon called Anand Kumar in this 2019 biopic by Vikas Bahl, Hrithik Roshan stunned everyone with his Bihari accent and all round excellence. Some claimed it to best till date but his best is yet to come. 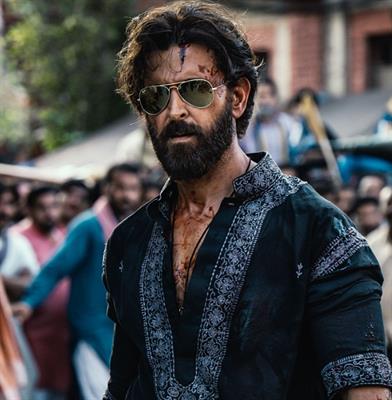 On the occasion of Hrithik Roshan’s birthday – India’s most popular super hero on big screen Hrithik’s rugged and tough look as Vedha from his most awaited action thriller Vikram Vedha was dropped.

The Hindi remake of the cult Tamil neo-noir action crime thriller Vikram Vedha is based on the Indian meta-folktale Vikram aur Betaal.

Hrithik will be seen playing the ‘bad’ guy Vedha and those naysayers who believe it’s a regular cat and mouse – cop criminal saga hold on to be surprised in a big way.

In the Hindi version Hrithik plays Vedha as we all know now and Saif Ali Khan will play Vikram the cop.

Pushkar & Gayatri, the original writers and directors, are donning the director’s hats for the Hindi remake as well and as per our reliable sources this is going to be something unbelievable. Remember the original Vikram Vedha is a n unforgettable landmark in the career of R. Madhavan and Vijay Sethupathi. Those who have seen the terrific Tamil version will agree.