Happy Birthday Pankaj Udhas : 5 unforgettable songs of the singer who made ghazal popular 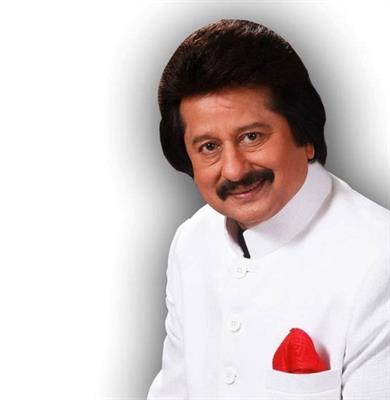 Happy Birthday Pankaj Udhas : 5 unforgettable songs of the singer who made ghazal popular

Pankaj Udhas – the phenomenon singer who rose to fame during the mid 80’s with ghazal’s like chandi jaisa rang hai tera and thodi thodi piya karo that brought ghazal’s from the rich to the common man. The singer who popularize ghazals as songs turns 71 today.

Pankaj Udhas apart from ghazals, and his private albums, sang some of the most memorable songs in Bollywood

Selected as one of the 100 songs of the millennium by BBC Radio worldwide. Chitti Aai Hai from Mahesh Bhatt’s 1986 classic Naam that became the comeback of Sanjay Dutt. Chitti Aayi Hai can move any true Indian into tears. The meaningful and emotional lyrics by Anand Bakshi in a soulful composition by Laxmikant Pyarelal and the magic of Pankaj Udhas makes this immortal.

Featuring Suniel Shetty and Sonali Singh in the 1994 blockbuster Mohra by Rajiv Rai starring Akshay Kumar, Suniel Shetty, Raveena Tandon and Naseeruddin Shah. The song Na Kajare Ki Dhar sung by Pankaj Udhaas and Sadhana Sargam still remains a favorite. Music was given by the trendsetter Viju Shah and the lyrics were written by Indeevar.

Featuring Madhuri Dixit and Vinod Khana from Feroz Khan’s Dayavan (1988). Aaj Phir Tumpe has been remixed and followed by the current generation as well. The romantic number sung by Pankaj Udhas and Anuradha Paudwal can make you fall in love dobara at any time. Aaj Phir Tumpe is penned by Aziz Mohammad Khan (Aziz Qaisi) and music is given by Laxmikant Pyarelal

This mesmerizing number from the 1991 blockbuster Sajaan by Lawrence D'Souza starring Sanjay Dutt, Salman Khan and Madhuri Dixit is sung by 4 masters  Kumar Sanu, Anuradha Paudwal, S.P Balasubramanyam and our dear Pankaj Udhas. Yes, S.P Balasubramanyam’s solo is at another level but it cannot be denied that the solo by Pankaj Udhas is not second either. You may agree or disagree.

The heartfelt lyrics by Sameer and soothing music by Nadeem – Shravan makes Jeeye toh Jeeye Kaise one of the most loved songs on love.

Now finally the one which made the ones who may not have the knowledge of getting into the depth of the poetry/ghazal/rubaiye.

But this ghazal Thodi Thodi Piya Karo from Pankaj Udhas private album Nasha Vol  made its way into the hearts of the common man crossing the rich and poor ‘bar’ making Pankaj Udhas the ghazal singer of the masses.

We at cineblues wish Pankaj Udhas a very happy birthday