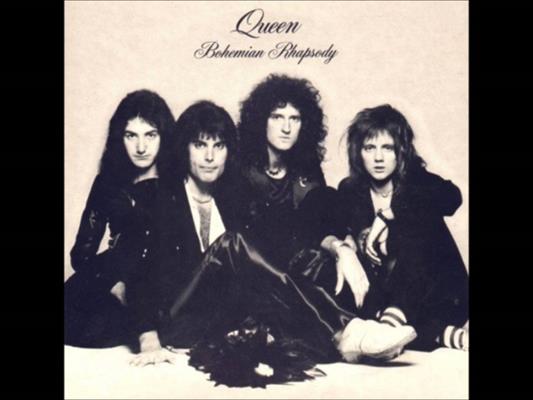 Is this the real life?

Is this just fantasy?

Caught in a landslide

No escape from reality

Look up to the skies and see

I'm just a poor boy, I need no sympathy

Anyway the wind blows, doesn't really matter to me, to me

Put a gun against his head

But now I've gone and thrown it all away

Didn't mean to make you cry

If I'm not back again this time tomorrow

Carry on, carry on, as if nothing really matters

Too late, my time has come

Sends shivers down my spine

Body's aching all the time

Goodbye everybody I've got to go

Gotta leave you all behind and face the truth

I don't want to die

I sometimes wish I'd never been born at all

I see a little silhouetto of a man

Scaramouch, scaramouch will you do the fandango

I'm just a poor boy and nobody loves me

He's just a poor boy from a poor family

Spare him his life from this monstrosity

Easy come easy go, will you let me go

Bismillah! No we will not let you go, let him go

Bismillah! We will not let you go, let him go

Bismillah! We will not let you go, let me go

Will not let you go, let me go (never)

Beelzebub has a devil put aside for me

Bohemian Rhapsody is a song by the British rock band Queen. It was written by Freddie Mercury for the band's 1975 album A Night at the Opera. The song is a six-minute suite, notable for its lack of a refraining chorus and consisting of several sections: an intro, a ballad segment, an operatic passage, a hard rock part and a reflective coda.

In 2004, Bohemian Rhapsody was inducted into the Grammy Hall of Fame. It has appeared in numerous polls of the greatest songs in popular music, and Mercury's vocal performance was chosen as the greatest in rock history by readers of Rolling Stone. In December 2018, it became the most streamed song from the 20th century.