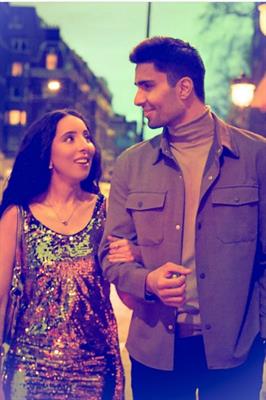 The video depicts Arzutraa and her lover on a romantic date night in London, shot in some of the city's most iconic landmarks, including the London Eye and Tower Bridge. It's an uber romantic Hindi pop song with Arabic undertones to get us in the mood for summer love. Arzutraa enjoys combining Hindi, her cultural heritage language, with her love of Arabic music.
Following the success of her second album, 'Tumhaari,' Arzutraa is preparing to release her next album this year, and her previous song, 'Raks,' has already received love from 1.8 million YouTube users and counting.
With an ever growing fan base, Arzutraa is always experimenting with different  sounds but one thing that keeps fans coming back for more is her soul touching melodies. As the singer hinted in her Instagram stories not long ago, we are anticipating news of her third album anytime soon
'DEEWANA,' a love song, released  on August 6, 2022, and since than her social media fans have been continuously expressing their love and appretiation for the song.
Arzutraa expresses gratitude to all of her music fans for their support and admiration.
Tags : Arzutraa