Badshah & Payal Dev Back to Make You Go 'Tauba' 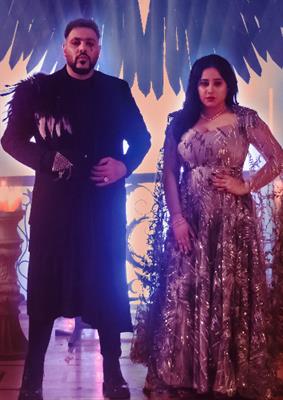 After wowing their fans with the super-hit track ‘Genda Phool’, the hit jodi of Badshah and Singer Payal Dev is set to hit the perfect note yet again with their brand-new track Tauba.  The perfect combination of Badhshah’s unique style and Payal's sultry and versatile voice, Tauba will make your rainy weekends smokin’ hot. Released by Warner Music India, the song also stars Bollywood and South actor Malavika Mohanan whose oomph and panache will take the sizzle quotient a notch higher.
Dressed as a stylish demon, Badshah will reprise the audience in a never seen before avatar. Complementing him will be, Payal Dev lending her lilting voice. The video also stars gorgeous Malavika Mohanan who slays as a seductress.  Tauba has a gothic yet sensual vibe and is sure to make you get groove.
Payal Dev has lent her voice as a playback singer in many mega Bollywood films such as Bajirao Mastani, Radhe and Dabbang 3. Sharing her excitement on the launch of Tauba, Payal shared, “I thoroughly enjoy working with Badshah. When I wrote Tauba, I instantly knew I wanted to work with him again. While the song has all the makings of a chart topper, I feel its USP is the slick music video. It’s chic, it’s trendy and we had a ball shooting for it. I am sure the audiences will exclaim “Tauba’ after watching it.”
Badshah adds, “Tauba is a sensual dance track and Payal and I are back to get the audiences grooving. I love my uber cool diabolic look in the video and have never donned this avatar before. We had so much fun making the song and dancing to it for the video. Now we want the audiences to have the same fun!”
Malavika adds, “I’m absolutely elated to be part of Tauba. Badshah and Payal have always made such great music and their songs are like my go-to party songs. I have been hooked to Tauba since I heard it for the first time. The songs git a very different feel and I am sure people love to groove to it”
Warner Music India brings back undoubtedly the most successful collaborators in recent times with Payal Dev and Badshah. Tauba ticks all the boxes of becoming an absolute chart buster.

Tauba Released on 24th June on Apni Dhun YouTube channel and will be available on all streaming platforms.