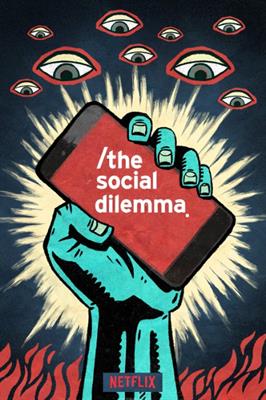 What: A brilliantly crafted warning bell on the hazards of social media

Time changes and we do change with time. If we just look at ourselves 5 years from now, we will observe that we have changed as a human and gone more and more addicted to the social media circus. There is negativity, this ‘joker’ has brought the ‘change’ but it is affecting us more and its horrifying than anything else.

More dangerous than the ongoing Covid – 19 pandemic, economic crises and joblessness. It’s the slow death of morality and the diminishing rate of positivity that is alarmingly dangerous.

So, who are you without Facebook, Twitter, Google, etc.? Well in today’s world a no one. In this exciting world where the data of a person is more powerful than the person itself, be careful before liking, sharing or commenting on any post. You are on radar. Your behaviour is getting studied and then its manipulated for their benefit and you are trapped.

Director Jeff Orlowski along with his team of writers Davis Coombe and Vickie Curtis reveal this eye opener in this hybrid documentary drama movie.

Have you ever wondered why the world is so divided? Why there is so much hatred?

Jeff Orlowski in The Social Dilemma explains how the social media influences the mindset. With shocking revelations like a negative post trends six times faster than a positive one… those manipulative algorithims and artificial intelligence that form a deadly combo and create a web where there is no escape.

This divide is explained through a metaphor of a family and it comes out strikingly effective in its purpose.

Eldest daughter Cassandra (Kara Hayward) unbelievably doesn,t have a mobile phone. Youngest daughter Isla (Sophia Hammons) is so addicted that she cannot be away for even 5 mins. Brother Ben (Skyler Gisondo) slowly falling into the prey and drifting from soccer to politics. Devastatingly, its affecting everyone in the family (world) that includes Cassandra.

The interviews of the former heads of the Silicon Valley is a real eye opener.

Kartheiser as AI for Ben in those three avatars. Ben (Skyler Gisondo) is pretty natural.

Any scene that should be deleted at once

Not a single one

Any memorable dialogue or scene

Tim Kendall, the former president of Pinterest, on his greatest worries, “I think in the shortest time horizon… civil war.”

Flaws in The Social Dilemma

If you are completely addicted and continue to be naïve to the real world knowing that the platform/app is entering into your bedroom and brain then these warning bells won’t work.

‘Click’ on it now on Netflix to stay away, safe, happy and alive in future.