The common link between Guru Dutt and Sanjeev Kumar 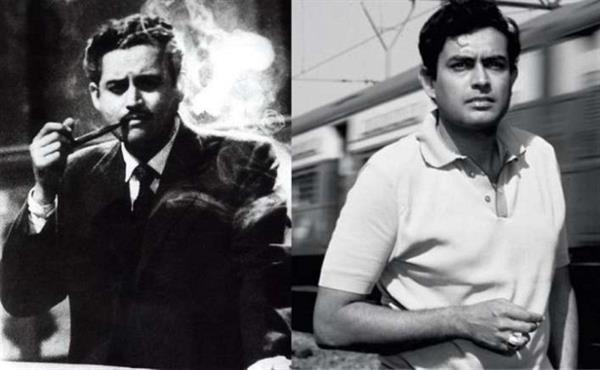 The common link between Guru Dutt and Sanjeev Kumar

From Indian cinema’s unparallel legends, the name of Guru Dutt and Sanjeev Kumar will be remembered forever.

One of the greatest legends of Indian cinema – Guru Dutt and Sanjeev Kumar share a common link.

Will always remain a force for his ground breaking themes in mainstream Indian cinema that carried a social comment like cartoonist hu communist nahi from Mr. Mrs 55.

Harihar Jethalal Jariwala aka Sanjeev Kumar – the iconic actor who gave a new meaning to method acting will always be remembered for appearing in Hindi cinema’s historic game changers like Sholay, Aandhi, Parichay etc. known for playing characters beyond his age Kumar did not mind playing roles that were non-glamorous, such as characters well beyond his age – Sholay, Trishul, Devata etc.

One of the most versatile actors in Indian cinema Sanjeev Kumar is a master class in acting.

It’s a great tragedy for Indian cinema that Guru Dutt and Sanjeev Kumar never worked together.

On the personal front their failure in relationships and depression cannot be considered as a common link.

But even without coming together for a film, Guru Dutt and Sanjeev Kumar still have a common link courtesy the great K Asif ( the man behind the eternal classic forever Mughal-e-Azam).

The name of the link – the movie is Love And God 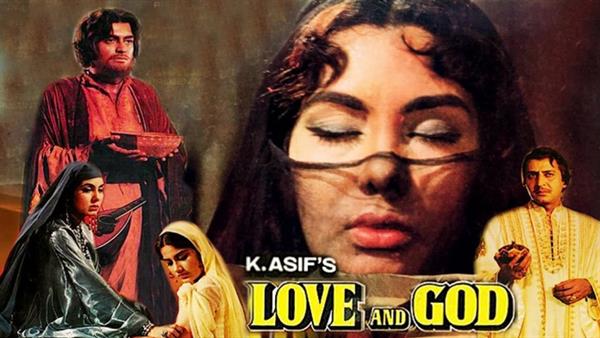 The 1963 movie based on the story of Kais and Laila initially started as Guru Dutt playing Kais and Nimmi as Laila. However Guru Dutt's sudden death due to alleged ‘overdose’ of sleeping pills in 1964 halted the shoot and later the film got shelved.

However, in 1970 K Asif began the project and casted Sanjeev Kumar as Kais.

Unfortunately, destiny had another story to say and the legendary filmmaker K. Asif passed away on 9 March 1971. Love and God again went into the cans.

Love and God was K Asif’s unfulfilled dream which finally after fifteen years got realized when K Asif’s senior widow Akhtar Asif decided to release the incomplete film with the help of producer-director-distributor K. C. Bokadia.

But how to release an incomplete movie, so some portion in working condition from three different studios were recovered and pieced together.

With some editing and cut piece technique, Love and God was finally released on 27 May 1986.

Unfortunately by the time of the film's release, several of the film's cast members had died, including its lead actors Sanjeev Kumar and Guru Dutt.

Born on the same date July 09 both Guru Dutt and Sanjeev Kumar died at an early age.