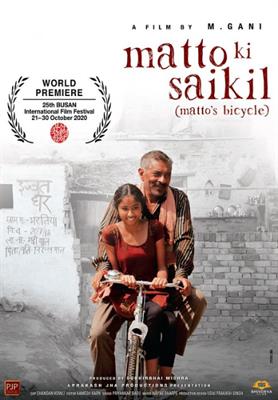 Filmmaker actor Prakash Jha opens up on the boycott trend, bollywood content as he gears up for the release of his movie Matto Ki Saikil in theatres on September 16 2022.

Helmed by M. Gani, Matto Ki Saikil is a slice-of-life film in which Prakash Jha plays a daily wage laborer who is attached to his bicycle.

Shot in Mathura in Uttar Pradesh, 'Matto ki Saikal' is set to drop in theatres on September 16, 2022, and will be distributed by PVR Pictures.

Matto ki Saikal had its premiere at the Busan International Film Festival in 2020.