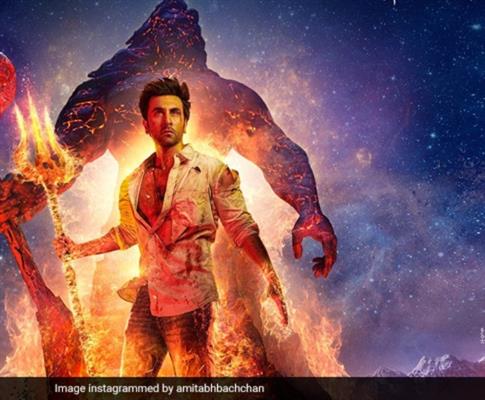 The Ayan Mukerji directorial took 10 years and now its releasing tomorrow – September 09 2022 all over.

Will the current Boycott Brahmastra, Boycott Bollywood, the alleged anti Hindu propaganda by makers like Karan Johar, the sheer dismissal and disastrous performance by Bollywood films at the box office – the failures of biggies one after the another like Laal Singh Chaddha, Raksha Bandhan, Shamshera, Prithviraj, the allegation that Bollywood is not making rooted quality content.

We at cineblues discuss its prospects/faith and fate amidst this Boycott trend with known actors – Danish Iqbal, Gaurav Diwedi and film critics – Sandeep Padhi and Avjit as they spoke to Ahwaan Padnee about their feelings regarding Brahmastra

Brahmastra: Part One – Shiva is an upcoming Indian Hindi-language fantasy adventure film written and directed by Ayan Mukerji. It is produced by Karan Johar, Apoorva Mehta, Namit Malhotra, and Mukerji – in his debut production – under the production companies Dharma Productions, Starlight Pictures, and Prime Focus in association with Star Studios, along with Ranbir Kapoor and Marijke DeSouza.

Brahmastra is produced on an estimated budget of Rs 410 crore (US$51 million).