83 movie review: Movie Of The Decade 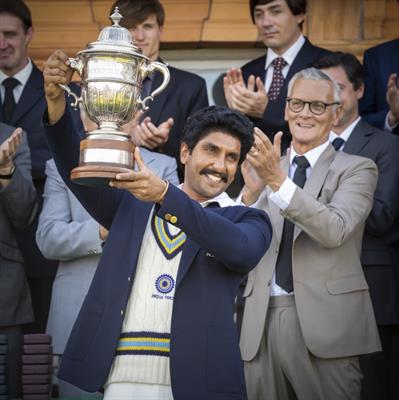 What: 83 movie review: Ranveer Singh in arguably his career best act till date, revives the most memorable & cherished emotion in Indian cricket in Kabir Khan’s salute to Kapil Dev and his jawans (83 world cup wining team) in a movie that has everything an Indian movie goer and/or cricket lover wants, dreams and desires.

The story of the most glorious chapter in Indian cricket that changed the outlook of the world towards India in One Day Internationals.

83 is the journey of Indian cricket team’s unbelievable triumph of lifting the Prudential World Cup in 1983 thrashing all expectations from the world and dream of the invincible West Indies to perform a Hat trick of world cup wins.

It’s the story of how the Indian cricket team led by Kapil Dev set an example that shaped the Tendulkar’s, Dhoni and Kohli’s of today.

Some moments stay forever. Some movies stay forever but it’s the rarest occasion when one of the most cherished moment of your life stays forever in a film.

83 is that surreally nostalgic, magical and emotionally charged up experience. I remember it was the evening of Saturday June 25, 1983, I didn’t had the luxury of a television set in my house and an MTNL telephone connection used to take years for getting connected (as Deepika Padukone puts it in the movie).

Radio was the common source of getting hooked to cricket and I had the privilege of watching the 83 final at my neighbor’s house on his COLOUR TV.

The memories of those firecrackers bursting aloud when Kapil Dev took that running backwards catch of Sir Vivian Richards and I am dancing flashed bringing the same joy.

I never thought after 38 years, I will have a divine rewind of those moments of my childhood, feel the same joy and write about it through a movie which never fails in giving a classic feel good salute to those brave incredible Indian cricket team of 83 lead by that man called Kapil Dev aka Haryana Hurricane.

In Kapil Paaji’s words from one of his famous advertisement of those times I will say – ‘Terrific Feeling’.

The movie begins with Indian team manager PR Man Singh (Pankaj Tripathi) taking the Indian world cup squad to London for the 1983 World Cup. Indian team was the biggest underdog standing no chance and a laughing material even to the clerks played by Brijendra Kala at BCCI (Board Of Control for Cricket In India).

The writing by Kabir Khan, Sanjay Puran Singh Chauhan and Vasan Bala with dialogues by Kabir Khan and Sumit Arora is filled with continuous moments of pride, anguish, valour, nostalgia, happiness, anguish, entertainment, enlightenment that gives a feeling of fulfillment in this populist cinema ordered to give joy and respect the game of cricket.

Kabir Khan uses India’s most followed passion – cricket and cinema to give a movie that will be remembered for its moments and the historic India’s 1983 World Cup triumph.

The camaraderie within the team, the light moments, the tension, the crowd, the madness every inch and bit of a populist crowd pleasing feel good sports movie is adopted and churned with outmost care to ensure satisfaction time after time.

The Zimbabwe match made me dance with joy, the kid episode made me cry, the brutal West Indies revenge made me angry, 83 proves that cricket is the only religion in India that is followed by all. 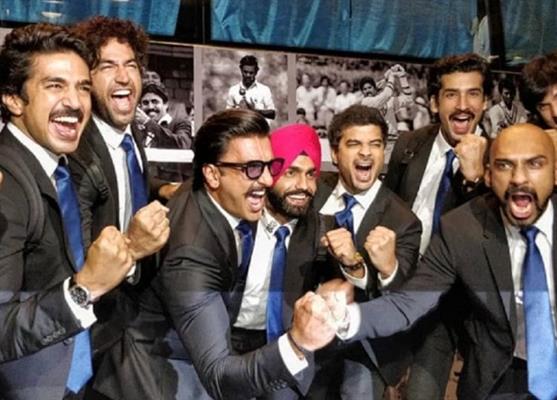 Ranveer Singh is flawless again, this time as Kapil Dev. it’s difficult to bring out Ranveer Singh we know from the Kapil Dev we see on screen. The actor just lives like the legend and sets a benchmark.

Pankaj Tripathi as PR Man Singh is class apart and gives a performance that is thoroughly entertaining and enlightening throughout.

Special mention for the West Indies squad is a must. It’s just perfect.

83 is an emotional experience on screen that keeps on hitting or mind heart and soul continuously without fail. This feel good sports movie is so damn good that it has that rarest of rare phenomenon called ‘repeat value’ associated with it.

In the end when the end credit rolls, you wonder which part has hit us more, like Kapil Paaji’s sixes that either break the glass of the dressing room, commentary box or the car parked outside the stadium making it difficult to judge which one was the best.

In this decade after 3 Idiots I have never felt so feel good and jubilant, 83 is the feel good sports movie of the decade for me.

It doesn’t matter whether you love cricket or not. You will love 83.

Stay till the end credit rolls are completely finished. There is a surprise.